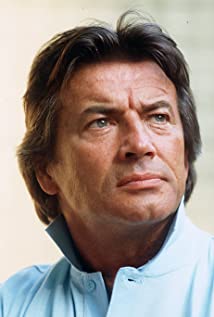 Pierre Brice was born on 6 February 1929 in Brest, France. After enlisting as volunteer to the French Army and fighting in Indochina, he attended acting lessons and got a first small role in Ça va barder (1955). In 1962, the German producer Horst Wendlandt searched for an actor who should play the Native American chief Winnetou on a Western movie adapted from novels by Karl May and got to know Brice at the Berlin Film Festival. He got the role and portrayed "Winnetou" in ten more movies with his co-star Lex Barker as "Old Shatterhand". These very successful productions made him a superstar in Germany, winning several awards such as Bambi or the Golden Otto of teenager magazine "Bravo". Although appearing on countless other movies and TV shows, he will always be best remembered as "Winnetou", whom he also played at the Bad Segeberg open air theater.

You Are a Traitor and I'll Kill You!

Winnetou and the Crossbreed