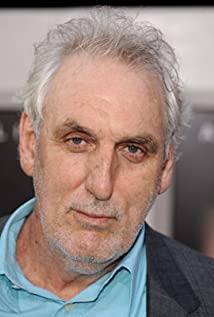 Born in the Australian rural town of Griffith, New South Wales, Phillip Noyce moved to Sydney with his family at the age of 12. As a teenager, he was introduced to underground films produced on shoestring budgets as well as mainstream American movies. He was 18 when he made his first film, the 15-minute Better to Reign in Hell (1969) utilizing a unique financing scheme selling roles in the movie to his friends.In 1973 he was selected to attend the Australian National Film School in its inaugural year. Here, he made Castor and Pollux (1973) a 50 minute documentary which won the award for best Australian short film of 1974.Noyce's first professional film was the 50-minute docudrama God Knows Why, But It Works (1976) in 1975. This helped pave the way for his first feature, the road movie Backroads (1977) which starred Australian Aboriginal activist Gary Foley and iconic Australian actor Bill Hunter who would go on to appear in 2 other Noyce films. In 1978, he directed and co-wrote Newsfront (1978), which won Best Film, Best Director and Best Original Screenplay at the Australian Film Awards, as well as proving a huge commercial hit in Australia. In addition to opening the London Film Festival, Newsfront was the first Australian film to screen at the New York Film Festival.In 1982, Heatwave (1982), co-written and directed by Noyce and starring Judy Davis, was chosen to screen at the Director's Fortnight at the Cannes Film Festival.The success of the Australian produced Dead Calm (1989), starring Nicole Kidman, Sam Neill and Billy Zane brought Noyce to Hollywood, where he directed 6 films over the next decade, including Patriot Games (1992) and Clear and Present Danger (1994) starring Harrison Ford, and The Bone Collector (1999), starring Oscar© winners Denzel Washington and Angelina Jolie.In 2002 Noyce returned to his native Australia, where released two films worldwide at almost the same time. The Quiet American (2002) starred Michael Caine in an Academy nominated Best Actor performance and appeared on over 20 top ten lists for 2002, including the National Board of Review and the American Film Institute. Rabbit-Proof Fence (2002) was based on the true story of three Aboriginal girls abducted from their families by Australian authorities in 1931 as part of an official government policy. The film won Best Picture at the Australian Film Awards, and together with The Quiet American garnered Noyce numerous best director awards including National Board of Review in the US and UK's London Film Critics Circle.In 2006 Noyce directed Tim Robbins and Derek Luke in the South African set political thriller Catch a Fire (2006).2010 Saw Noyce re-teaming with Angelina Jolie for his biggest box-office hit, the spy thriller Salt (2010), which grossed $295 million worldwide.In Spring 2011, Noyce directed and executive produced the pilot for the ABC series Revenge (2011), which ended a four-season run on May 10, 2015.In 2013 Noyce directed and executive produced the NBC pilot Crisis (2014), which went to series. Later that year, he returned to South Africa to film The Giver (2014), starring Jeff Bridges, Meryl Streep, and Brenton Thwaites, which opened in the US on August 15, 2014 from The Weinstein Company.In 2016 Noyce directed the first night of the Emmy nominated miniseries Roots (2016).In 2017 Noyce directed the pilot and first episode of Fox Network's medical show The Resident (2018) reuniting him with Emily VanCamp, who starred in Revenge.In 2018 Noyce directed the feature Above Suspicion (2019), starring Emilia Clarke and Jack Huston. In 2018 he also directed the pilot and first episode of the 10-part series What/If (2019), starring Renée Zellweger and created by Revenge creator Mike Kelley, to be released in June 2019 by Netflix.

Show Me What You Got