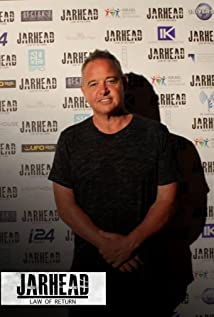 Born in Portland Oregon, Roth was the son of Judge Phillip Roth a renowned jurist with over 35 years on the bench. He started writing short stories when he was 10 and at age 14, he got his first taste at filmmaking working at the Wilson High School cable channel. He graduated from Lewis and Clark College in 1982. After a brief attempt to go to Law school and a stint working for an international manufacturing company. In 1984 Roth went back to his childhood love of filmmaking, Directing and writing a number of action features in his home town of Portland (Honor Betrayed, Bad Trip and Fatal Revenge). During this period, he even loaned his office to then struggling filmmaker Gus Van Zant making his critically acclaimed opus, "Mala Noche." Moving to Los Angeles in 1989 he founded UFO, a production and distribution company. Since its foundation, Roth with his partner Jeffery Beach has produced written and directed over 120 feature films and series to date that have been distributed by Universal, 20th Century Fox, Warner Brothers, Sony, Paramount, Columbia-Tristar, Blockbuster and various other US and International distributors such as RTL, Gaga, M-6, Telecinco, BskyB and Canal Plus to name a few.Roth was also one of the earliest innovators in digital special effects. In 1990 Roth began using PC hardware and software solutions to create digital special effects for feature films. Up to his point almost all digital special effects had been based on far more expensive main frame technology coded for SGI and Cray computer systems. Two Sci-fi features in the early nineties, Prototype X29 and APEX written and directed by Roth opened up the use of PC work stations in features. APEX, an alternate future- science fiction was released theatrically in over 100 theatres by Republic Pictures in 1994. This was almost unheard of for an independent film, with an under one-million-dollar budget to receive a theatrical release, let alone a science fiction relying on digital special effects. Roth's innovation with PC digital applications such as with Lightwave 3-D software was quickly adapted by James Cameron's Lightstorm Entertainment to allow him the digital horse power to create the massive special effects required in Titanic. Up to this point movies such as this had relied on the use of far more expensive main frame softwares with limited numbers of qualified animators. This breakthrough in this digital glass ceiling is what has ushered in the massive use of digital special effects we see today.During nineties Roth with his partner continued to write, produce and direct many films out of their Los Angeles based company. In 1999 UFO partnered with a German publicly traded company Advanced Media and set up operations in Sofia Bulgaria to take advantage of a highly skilled work force at reduced budgets. This move became a key factor to Roth and his partner further growing the company and founding their own Studio.In Roth's nearly 20 years working in Bulgaria, he has become an expert in feature, series and commercial in the Bulgarian market making it his business model to attract producers and directors from all over the world. To further establish his foothold in the Bulgarian film community, Roth has built one of the largest studios and back lots in Bulgaria, only 2nd to NuBoyana Studios. While NuBoyana was a product of privatization, Roth's studio in Dolna Malina known as UFO Film and Television Studios was built on derelict farm land, entirely financed by international equity funding. In addition to the studio, Roth has also established one of the most prolific special effects houses from the catalyst of his first studio started in 1989 in Los Angeles. This makes his VFX companies some the longest continuous running in the world. Since opening his VFX operations in Sofia in 2002 it has been re-branded CinedigitalFX.com.Roth lives full time in Sofia with his wife, Ekaterina and his four children; Natasha 30, Aaron 22, Elayah 13 and Roxanne 8. Natasha and Aaron having immigrated from the United States and Elayah and Roxanne born in Bulgaria. In addition to his vibrant schedule of work, Roth still actively ski races at an International level, training and racing with members of the Bulgarian National Ski Team and in addition is currently recognized as the number 1 ranked Master Wake Surfer in Bulgaria.