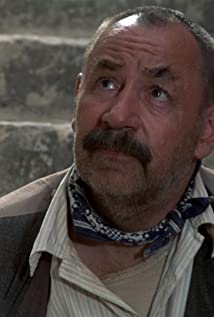 Philippe Noiret was one of French cinema's most familiar faces who appeared in more than 140 films in a career that spanned more than half a century.He was born on October 1, 1930, in Lille, Nord, France, into a middle class family of shopkeepers. His father was fond of literature. Young Noiret attended the College Janson-of-Sally in the 16th arrondissement in Paris. At school, he was more interested in acting than in academics; he failed to pass his baccalaureate exams three times and left school without graduation. He studied acting at the Centre Dramatique de l'Ouest (Western Drama Theatre). There, in 1950, Noiret made his debut sharing the stage with Gérard Philipe under directorship of Roger Blin . From 1953-1960 Noiret was a permanent member of the troupe with the Théâtre National Populaire (TNP) in Paris. There he played over 40 roles in seven years under directorship of Jean Vilar. While there he met actress Monique Chaumette, whom he married in 1962, and they had one daughter, Frederique. At that time Noiret continued his acting career as a stand-up comedian and a night club entertainer.Noiret made his big screen debut playing bit part in Gigi (1949), then earned his first on-screen credit in Matrimonial Agency (1952). He landed his first leading role as Lui, a government inspector, in the French New Wave film La Pointe Courte (1955) by notable female director Agnès Varda. His first big success came in 1960 with Louis Malle 's film Zazie dans le Métro (1960) (aka.. Zazie in the Metro). In 1968 he became a star in France with the title role in Very Happy Alexander (1968). After that success, Noiret moved on with his acting career and devoted himself almost entirely to the big screen. Noiret's trademark hangdog face and his range allowed him to portray a middle-class man or an aristocrat, but not a handsome romantic hero, so he was cast primarily as the Everyman character. In La Grande Bouffe (1973), an allegoric film about sex orgy and suicide by overeating, which caused a scandal at Cannes in 1973, Noiret co-starred in a controversial role as suicidal judge Philippe, alongside Marcello Mastroianni.Philippe Noiret shot to international fame with the supporting role as Alfredo, an old man who is a small town projectionist who befriends and inspires a young boy, in Cinema Paradiso (1988). He received international acclaim for his portrayal of the exiled Chilean poet Pablo Neruda in The Postman (1994) by director Michael Radford. Noiret won two Cesar Awards (the French equivalent of the Oscars) and earned three more Cesar nominations. In 1976 he won his first Cesar for his exceptional performance as Julien Dandieu, a surgeon who kills the Nazis in revenge for the death of his wife and daughter, in The Old Gun (1975) (aka.. The Old Gun). Noiret won his second Cesar for the leading role as Major Delaplane in Life and Nothing But (1989) (aka.. Life and Nothing But) in 1990. Over the years, Noiret worked with all of the France's top directors. He also made excellent radio performances and popular books readings, which he narrated with his serious voice and impeccable diction. He was decorated with the Knight of the Legion of Honor.Philippe Noiret was also known as an elegant hedonist and an avid dog lover. His other interests outside of the acting profession included art, horses, gourmet cuisine and cigars. For about 30 years he resided in his country house in the wine country near Carcassonne, in the South of France, where he generously supported the local causes. Noiret died of generalized complications of cancer on November 23, 2006, in a hospital, in Paris, and was laid to rest in Cimetière du Monparnasse in Paris, France.

The Beaches of Agnès

The Dog, the General, and the Birds

In and Out of Fashion