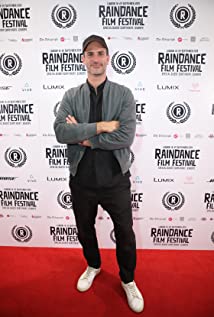 Philip Alexander Sansom is an award winning British director, creative and photographer.His work spans across film, commercials and music videos with a signature thread of magical realism, that cleverly combines fantasy twists with a darker cinematic style.The Black Hole is among the most played shorts on the internet and his films have earned him international recognition and accolades at festivals around the world.He established is own production company PHIX in 2012, working with brands such as Bvgalri, Gucci, Adidas and The Macallan - whilst developing a slate of feature and TV projects.His first feature documentary 'My View' profiled one of the words most legendary drummers, Clem Burke of Blondie and Eurythmics fame. Commissioned for TV by SKY Arts it was nominated for Best UK Feature at Raindance festival 2019.