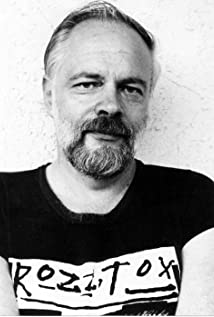 Philip Kindred Dick was born in Chicago in December 1928, along with a twin sister, Jane. Jane died less than eight weeks later, allegedly from an allergy to mother's milk. Dick's parents split up during his childhood, and he moved with his mother to Berkeley, California, where he lived for most of the rest of his life. Dick became a published author in 1952. His first sale was the short story "Roog." His first novel, "Solar Lottery," appeared in 1955. Dick produced an astonishing amount of material during the 1950s and 1960s, writing and selling nearly a hundred short stories and some two dozen or so novels during this period, including "Do Androids Dream of Electric Sheep?," "Time Out Of Joint," "The Three Stigmata of Palmer Eldritch," and the Hugo-award winning "The Man In The High Castle." A supremely chaotic personal life (Dick was married five times) along with drug experimentation, sidetracked Dick's career in the early 1970s. Dick would later maintain that reports of his drug use had been greatly exaggerated by sensationalistic colleagues. In any event, after a layoff of several years, Dick returned to action in 1974 with the Campbell award-winning novel "Flow My Tears, The Policeman Said." Perhaps more importantly, though, this same year Dick would have a profound religious experience that would forever alter his life. Dick's final years were haunted by what he alleged to be a 1974 visitation from God, or at least a God-like being. Dick spent the rest of his life writing copious journals regarding the visitation and his interpretations of the event. At times, Dick seemed to regard it as a divine revelation and, at other times, he believed it to be a sign of extreme schizophrenic behaviour. His final novels all deal in some way with the entity he saw in 1974, especially "Valis," in which the title-character is an extraterrestrial God-like machine that chooses to make contact with a hopelessly schizophrenic, possibly drug-addled and decidedly mixed-up science fiction writer named Philip K. Dick. Despite his award-winning novels and almost universal acclaim from within the science-fiction community, Dick was never especially financially successful as a writer. He worked mainly for low-paying science-fiction publishers and never seemed to see any royalties from his novels after the advance had been paid, no matter how many copies they sold. In fact, one of the reasons for his extreme productivity was that he always seemed to need the advance money from his next story or novel in order to make ends meet. But towards the very end of his life, he achieved a measure of financial stability, partly due to the money he received from the producers of Blade Runner (1982) for the rights to his novel "Do Androids Dream Of Electric Sheep?" upon which the film was based. Shortly before the film premiered, however, he died of a heart attack at the age of 53. Since his death, several other films have been adapted from his works (incuding Total Recall (1990)) and several unpublished novels have been published posthumously.