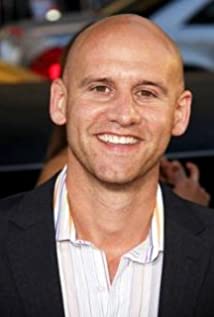 Phil Traill was born in New Jersey - but brought up in London, England.He graduated from Newcastle University (with a First in English and Film Studies) in 1995.Phil then worked in London as a TV producer/director for many of Britain's leading production companies, including the BBC.After writing and directing four award-winning short films (and directing all 150 sketches for C4's hit comedy show 'Spoons'), Phil co-wrote the feature 'Opal Dream' for BBC Films (with Peter Cattaneo directing).Screen International recognized Phil as "one of the most exciting new talents emerging across the UK film industry - his gloriously playful sense of humor has something of the Charlie Kaufman about it".Phil made his feature-directing debut in 2009 with the comedy 'All About Steve' starring Sandra Bullock, Thomas Haden Church and Bradley Cooper. His second film 'Chalet Girl' (2011) stars Felicity Jones, Bill Nighy and Ed Westwick.Phil now directs many popular US TV shows - and is writing his own sitcom for NBC / Universal / Working Title.He lives in Santa Monica with his wife and three kids.