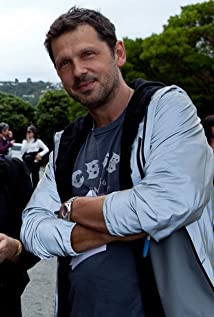 A self-confessed cinephile, Peter Webber made his first short film, The Zebra Man, straight out of film school. He then worked as a film editor, beginning his association with Girl with a Pearl Earring producers Andy Paterson and Anand Tucker on Tucker's drama debut, Saint-Ex, starring Miranda Richardson and Bruno Ganz.As an award-winning documentary director his subjects ranged from Wagner to crash test dummies via a series on the creatures of the deep oceans and The Curse of the Phantom Limb. Moving back into drama he directed Simon Russell Beale as Schubert and explored the counter-culture of tunnel-dwelling road protesters in Underground, before creating huge controversy with the Channel Four mini-series, Men Only, charting the decline into crime and debauchery of the formerly respectable members of a five-a-side soccer team. In the interests of fair play, his next drama The Stretford Wives, for the BBC, starred Fay Ripley in a tale of women's revenge on men.Girl with a Pearl Earring, starring Scarlett Johansson and Colin Firth, marked Webber's feature film debut in a most impressive way. The film has received numerous accolades including 3 Academy Award Nominations, 2 Golden Globe Nominations, 10 BAFTA Award Nominations and many others. Certainly an impressive debut.Webber was then tapped by Dino de Laurentis to direct Young Hannibal: Behind the Mask. Based on Thomas Harris' upcoming new book of the same name, and starring Gaspard Ulliel, Li Gong, Rhys Ifans and Anthony Hopkins (voice), this prequel shows a young Hannibal Lechter in three different phases of his life from his tragic childhood in Lithuania during World War II to his ten years in France up to his time in America before his capture by FBI agent Will Graham in Red Dragon. The movie is currently shooting in Prague.

Girl with a Pearl Earring