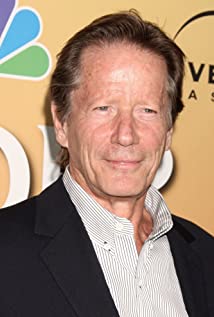 Peter Strauss has focused on theater for the last few years. He recently performed the role of Leonardo da Vinci in "Divine Rivalry" at Hartford Stage, Ben Bradlee in "Top Secret: The Battle for the Pentagon Papers" for the New York Theater Workshop, Sigmund Freud in "Sabina" for Primary Stages and in "The Outgoing Tide" as an Alzheimer's patient for the Delaware Theater and Primary Stages in NY. Recent film roles are Warner Brothers' feature "License to Wed" with Robin Williams and as the U.S. President in Columbia's "XXX: State of the Union," and two independent films "Drawing Home" and "Sugar Baby." He completed the English voiceover for Albert Lamorisse's 1953 French film "White Mane" and as the narrator for Tracey Ullman's "State of the Union" series for Showtime.Strauss is well known for his long list of starring roles in motion pictures-for-television, including "The Jericho Mile" for which he won the Emmy Award for Outstanding Lead Actor in a Limited Series or Special. Strauss has also received Emmy Award nominations for his roles in the mini-series "Rich Man, Poor Man" and "Masada" as well as five Golden Globe Nominations.Strauss was born in New York City and grew up in Croton-on-Hudson, New York, where he was introduced to the theatre via the Croton Shakespeare Festival. His summers were spent with stock companies including the Pocono Playhouse in Pennsylvania and Ogunquit Playhouse in Maine. He attended the Hackley School for Boys in Tarrytown, New York and graduated from Northwestern University in 1969, committed to an acting career.He made his Broadway debut in Tom Griffin's "Einstein and the Polar Bear" in 1981. His other theatrical credits include the plays "The Dance Next Door", "The Mind with the Dirty Man" and "The Trial of the Catonsville Nine" at the Mark Taper Forum in Los Angeles and "A Cry of Players" at Baltimore's Center Stage.His feature film credits include Soldier Blue (1970), The Trial of the Catonsville Nine (1972), The Last Tycoon (1976), The Secret of NIMH (1982), Flight of Black Angel (1991) and Nick of Time (1995).Strauss' many television credits include starring in the TV films Young Joe, the Forgotten Kennedy (1977), Angel on My Shoulder (1980), A Whale for the Killing (1981), Heart of Steel (1983), Under Siege (1986), _ Penalty Phase (1986) (TV), Proud Men (1987), 83 Hours 'Til Dawn (1990), Fugitive Among Us (1992), Men Don't Tell (1993), Thicker Than Blood (1994), Reunion (1980), The Yearling (1994), In the Lake of the Woods (1996), My Father's Shadow: The Sam Sheppard Story (1998), A Father's Choice (2000) and Murder on the Orient Express (2001), as well as the miniseries Tender Is the Night (1985), Kane & Abel (1985), Brotherhood of the Rose (1989), Trial: The Price of Passion (1992) and Texas Justice (1995). His latest mini-series appearances were Seasons of Love (1999), with Rachel Ward and Hume Cronyn, (which he executive-produced) and as La Hire in the CBS four-hour mini-series Joan of Arc (2005).Strauss starred for one season in the CBS drama series Moloney (1996) and the PAX drama series Body & Soul (2002).Strauss is married to actress Rachel Ticotin and lives in Ojai, California, where he also operates a commercial citrus enterprise that produces 440 tons of citrus per year.