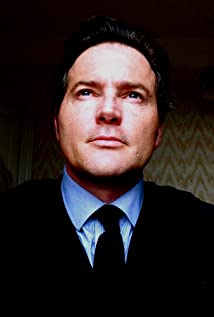 Lauded character actor Peter O' Meara made his screen debut in the multiple award winning event series Band of Brothers from HBO/ Playtone and produced by Steven Spielberg and Tom Hanks. He is a graduate of Trinity College Dublin and spent many years on the stages of Europe with the Royal Shakespeare Company, The National Theatre London and The Abbey Theatre Dublin being nominated for best actor awards along the way.In the US he has starred opposite Tom Berenger in the western series 'Peacemakers'. He has guest starred on several high profile Jerry Bruckheimer productions including CSI-NY, Without A Trace and The Forgotten. On Navy NCIS he has recurred as head of Interpol Marco Sali. Fans of the JJ Abrams series 'Alias' know Peter for his role as suave international arms dealer Martin Bishop. In movies he has been boy next door Bill in romantic comedy hit 'He's Just Not That Into You' and conversely played gruff cockney wide boy Terry in the football favorite 'Green Street Hooligans 2'. In his native Ireland O'Meara starred in season 4 of the ground breaking hit series 'Love Hate' and in the political mini series 'Charlie' opposite Aiden Gillen. In the independent movie 'Traders' he brings wit charm and danger to the character of Anthony Grogan alongside John Bradley (Game of Thrones)Now playing on Netflix Peter can be seen in the Revenant-like series 'Frontier' which was directed by Brad Peyton ( San Andreas )He recently completed filming two seasons of the 14th century period series Knightfall ; from producer Jeremy Renner / A&E Networks. In the14th century faith and violence collide as we follow the legendary Knights Templar whose sworn quest is protect the secrets of the Holy Grail and one another.