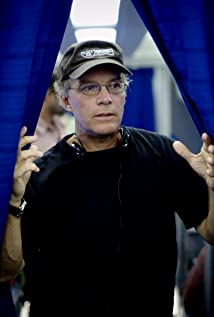 Peter Markle has worked extensively in features and television. His television credits include Flight 93 which gave A & E network the largest audience in its history (over 35 million have watched it since its debut). It was nominated for 6 Emmys including Best Director. It was also nominated by the Director, Producer and Writer Guilds and winning the writing award for best movie or miniseries. According to the New York Times "it is gripping from the very first scene." He was the writer/director for Faith of My Fathers (A and E) starring Shawn Hatosy and Scott Glenn based on the book by John McCain about his capture and incarceration during the Vietnam war. It was nominated for 4 Emmys. Nightbreaker (TNT) starring Martin Sheen and Emilio Estevez about nuclear testing in the 1950s and it's consequences to the 'guinea pig' soldiers was nominated for 5 ACE awards including best director. Variety wrote that it was "a searing look at atomic gambling and military cynicism that's stunningly effective as a drama." Markle also directed Silent Witness for TNT, based on the Richard North Patterson novel. It starred Dermot Mulroney, Michael Cudlitz, Juff Hirsch and Anne Heche. Saving Jessica Lynch for NBC was watched by over 18 million viewers. It broke the real story of a US Army convoy of essentially non-combat personnel taking the wrong turn through hostile territory, the loss of life and subsequent rescue of Lynch. Frank Rich in the New York Times stated "tonight's surprising 'Saving Jessica Lynch' is startling in its accuracy - more than earlier reportage by The Washington Post and its Rambo version and the New York Times which fictionalize some of the paper's coverage. It reflects another change in the country's mood, toward a harder-nosed realism and away from unrestrained triumphalism." Markle has also directed numerous episodes for hit shows including the X-Files, CSI, Without a Trace, Life, NYPD Blue, Burn Notice, Rescue Me, ER AND Homicide.His feature credits include The Personals (writer/director) for New World Pictures, a romantic comedy which was selected Best First Feature at the Houston Film Festival. It debuted at the Deauville Film Festival in France. It was made for $250,000 and grossed $1.5 million. Kevin Thomas wrote in the L.A. Times "The Personals observes contemporary relationships between young adults with wit and perception, but most important, with taste and a lightness of touch often absent from Hollywood counterparts.His second feature, Hot Dog, The Movie, was made for $1.8 million and grossed over $21 million domestically for MGM. It was a broad comedy that has become a cult classic. His third film, Youngblood, inspired by playing ice hockey professionally and three years on the US National team, starred Rob Lowe and Patrick Swayze. It was made for $4.1 million and grossed $15.5 million domestically. He directed Gene Hackman and Danny Glover in BAT 21 for Tri-Star. It was based on a true story and made several top ten films of the year lists. Bruce Williamson in Playboy wrote "BAT 21 has real impact. Gene Hackman and Danny Glover establish an amazingly urgent relationship without having a single scene together until the film's fiery finale. He was the writer/director for Virginia's Run which won the Crystal Heart at the Heartland International Children's Film Festival. It debuted at the Berlin International Film Festival and also won the Children's Jury prize as best film at India's International Film Festival, the largest children's festival in the world. He directed The Last Days of Frankie the Fly which premiered on HBO and starred Dennis Hopper, Kiefer Sutherland, Daryl Hannah and Michael Madsen. It was a dark comedy that Hollywood Reporter called "one of Dennis Hopper's best performances in years."