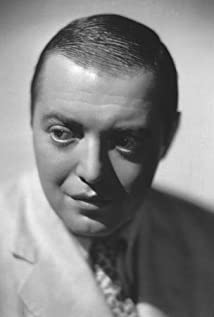 Takma İsimler: Lazzy, Europe's One Man Chamber of Horrors, The Master of Horror, Lord high minister of all that is sinister

Peter Lorre was born László Löwenstein in Rózsahegy in the Slovak area of the Austro-Hungarian Empire, the son of Hungarian Jewish parents. He learned both Hungarian and German languages from birth, and was educated in elementary and secondary schools in the Austria-Hungary capitol Vienna, but did not complete. As a youth he ran away from home, first working as a bank clerk, and after stage training in Vienna, Austria, made his acting debut at age 17 in 1922 in Zurich, Switzerland. He traveled for several years acting on stage throughout his home region, Vienna, Berlin, and Zurich, including working with Bertolt Brecht, until Fritz Lang cast him in a starring role as the psychopathic child killer in the German film M (1931).After several more films in Germany, including a couple roles for which he learned to speak French, Lorre left as the Nazis came to power, going first to Paris where he made one film, then London where Alfred Hitchcock cast him as a creepy villain in The Man Who Knew Too Much (1934), where he learned his lines phonetically, and finally arrived in Hollywood in 1935. In his first two roles there he starred as a mad scientist in Mad Love (1935) directed by recent fellow-expatriate Karl Freund, and the leading part of Raskolnikov in Crime and Punishment (1935), by another expatriate German director Josef von Sternberg, a successful movie made at Lorre's own suggestion. He returned to England for a role in another Hitchcock film, Secret Agent (1936), then back to the US for a few more films before checking into a rehab facility to cure himself of a morphine addiction.After shaking his addiction, in order to get any kind of acting work, Lorre reluctantly accepted the starring part as the Japanese secret agent in Thank You, Mr. Moto (1937), wearing makeup to alter his already very round eyes for the part. He ended up committed to repeating the role for eight more "Mr. Moto" movies over the next two years.Lorre played numerous memorable villain roles, spy characters, comedic roles, and even a romantic type, throughout the 1940s, beginning with his graduation from 30s B-pictures The Maltese Falcon (1941). Among his most famous films, Casablanca (1942), and a comedic role in the Broadway hit film Arsenic and Old Lace (1942).After the war, between 1946 and '49 Lorre concentrated largely on radio and the stage, while continuing to appear in movies. In Autumn 1950 he traveled to West Gemany where he wrote, directed and starred in the critically acclaimed but generally unknown German-language film The Lost Man (1951), adapted from Lorre's own novel.Lorre returned to the US in 1952, somewhat heavier in stature, where he used his abilities as a stage actor appearing in many live television productions throughout the 50s, including the first James Bond adaptation Climax!: Casino Royale (1954), broadcast just a few months after Ian Fleming had published that first Bond novel. In that decade, Lorre had various roles, often to type but also as comedic caricatures of himself, in many episodes of TV series, and variety shows, though he continued to work in motion pictures, including the Academy Award winning Around the World in 80 Days (1956), and a stellar role as a clown in The Big Circus (1959).In the late 50s and early 1960s he worked in several low-budget films, with producer-director Roger Corman, and producer-writer-director Irwin Allen, including the aforementioned The Big Circus and two adventurous Disney movies with Allen. He died from a stroke the year he made his last movie, playing a stooge in Jerry Lewis' The Patsy (1964).

The Comedy of Terrors