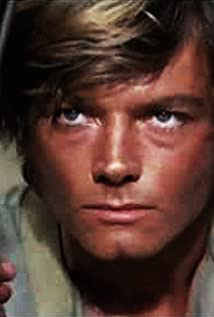 Blond German youth Peter Lee Lawrence, who made his uncredited debut in Sergio Leone "For A Few Dollars More" (1965), was the hero in many Spaghetti Westerns. His short cinematographic history can be enclosed in nine years of Italo-Spain co-productions. His recent films include thriller-drama "Giorni d'amore sul filo di una lama" (1973), where he played with his long time partner, the blond German actress Erica Blanc, and Italian horror "Bacio di una morta" (1974).In 1972 Lawrence began suffering from headaches. Once filming finished on Los Caballeros del Botón de Ancla, he was admitted to the Foundation Jimenez Diaz Hospital in Madrid, where he was operated on by Dr. Sixto Obrador. The surgery was a success, but the biopsy report revealed it was glioblastoma. He moved to Zurich, where, under the auspices of Professor Wolfgang Horst, he began both chemo and radium treatment. On the 25th of March 1974, Lawrence was admitted to the Villa Stuart Clinic in Rome with severe stomach pains. He died on April 20th 1974, at ten past three in the morning. At the time of his death he was married to actress Cristina Galbó.

My Wife, a Body to Love

Tarzan and the Brown Prince

God in Heaven... Arizona on Earth

Four Gunmen of the Holy Trinity

For a Few Dollars More