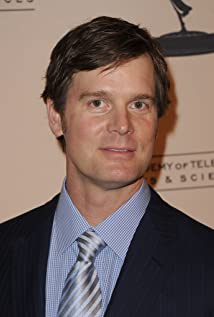 Peter William Krause was born on August 12, 1965 in Alexandria, Minnesota. Both his parents were teachers, and he has a sister and brother. He was raised in Roseville, Minnesota. He graduated in 1987 from Gustavus Adolphus College in St. Peter, Minnesota, with a degree in English literature. In 1990, he received a Master of Fine Arts degree in Acting from New York University's Graduate Acting Program at the Tisch School of the Arts.Krause's first role was in a horror movie Blood Harvest (1987). On Carol & Company (1990), he appeared opposite Carol Burnett and Richard Kind. It was an anthology comedy series, with actors playing different characters each week. After it ended in 1991, he guest starred on Seinfeld: The Limo (1992) as Tim, a white supremacist, and on Beverly Hills, 90210 (1990) in a recurring role. In 1995, he appeared in starring and recurring roles on two short-lived shows, The Great Defender (1995) and If Not for You (1995). He also guest starred on Ellen (1994), University Hospital (1995), Caroline in the City (1995), Brotherly Love (1995), The Drew Carey Show (1995) and Party of Five (1994). He also got a major recurring role as Cybill's son-in-law, Kevin Blanders on Cybill (1995). Around the same time, he also appeared in a romantic comedy Lovelife (1997) opposite Saffron Burrows, Bruce Davison and Carla Gugino, and in 3rd Rock from the Sun: A Friend in Dick (1997).In 1998, he appeared in three movies, including The Truman Show (1998). He also got a starring role on ABC's comedy Sports Night (1998), created by Aaron Sorkin. He played sports anchor Casey McCall, opposite Josh Charles, Felicity Huffman and Joshua Malina, until the show's cancellation in 2000. After "Sports Night", he got a another starring role, on HBO's Six Feet Under (2001), created by Alan Ball. He received three Emmy nominations for his role as funeral director Nate Fisher, the son of Ruth (Frances Conroy) and the brother of David (Michael C. Hall) and Claire (Lauren Ambrose). During a break from "Six Feet" in 2004, he also appeared in We Don't Live Here Anymore (2004) opposite Laura Dern and Mark Ruffalo and played a part on Broadway. After "Six Feet" ended in 2005, he appeared in the miniseries The Lost Room (2006) opposite Julianna Margulies and Elle Fanning as the lead Joe Miller and played the lead and produced the thriller Civic Duty (2006). In 2007, he got yet another lead on Dirty Sexy Money (2007) as the lawyer of one of New York City's wealthiest families, opposite Donald Sutherland, William Baldwin and Natalie Zea. Krause was also a producer on the show, but unfortunately it ended in 2009, after two seasons.After "Dirty Sexy Money" ended, Krause did not stay idle long, when he received the lead on Parenthood (2010) as Adam Braverman, opposite Lauren Graham, Craig T. Nelson and Bonnie Bedelia. "Parenthood" ended in 2015 after six seasons. In 2016, he was cast in ABC's crime drama, The Catch (2016), produced by Shonda Rhimes. He is playing a con artist, who is being chased by a private investigator (Mireille Enos'), whom he defrauded.