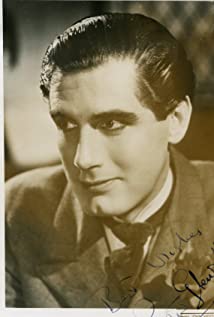 A talented actor and distinguished stage director, Peter Glenville was the son of Shaun Glenville, the British music hall artist and noted pantomime dame. Born in London Glenville was educated at the Jesuit's Stonyhurst College where he appeared in a production of Hamlet in the 1930s and was singled out by critics for his matinee idol looks.He played small roles in West End shows during the 1940s but his true talent lay as a director. He became a director at the Old Vic Theatre in 1944 and worked with some of the leading playwrights of the period including Tennessee Williams, Jean Anouilh, Terence Rattigan and Graham Greene.In 1949 he took Rattigan's The Browning Version to Broadway and later went on to direct the writer's Separate Tables, which starred Eric Portman and Margaret Leighton. Later stage productions included The Prisoner (with Alec Guinness) and Romeo and Juliet (with Olivia de Havilland). One of his most long running commercial productions was Feydeau's Hotel Paradiso which ran on Broadway and in London starring Alec Guinness, Douglas Byng and Martita Hunt. On Broadway Byng's role was taken by Bert Lahr.In an interview about his life in the theatre and cinema Glenville said: "I believe that the director should, like a conductor, be an interpreter of a particular world of each playwright with whom he works. On occasion, the style of the play should call for the most delicate and unobtrusive staging. Sometimes other plays allow for broad and colourful strokes of direction, involving all the tricks that theatre magic can provide."

Me and the Colonel

Madonna of the Seven Moons