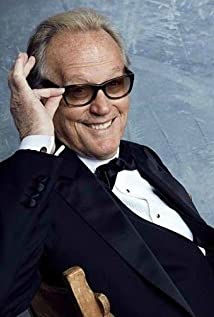 Peter Henry Fonda was born in New York City, to legendary screen star Henry Fonda and Ontario-born New York socialite Frances Seymour Brokaw. He is the brother of actress Jane Fonda and the father of actress Bridget Fonda. Fonda made his professional stage debut on Broadway in 1961 in Blood, Sweat and Stanley Poole, for which he received rave reviews from the New York Critics, and won the Daniel Blum Theater World Award and the New York Critics Circle Award for Best New Actor. He began his feature film career in 1963, playing the romantic lead in Tammy and the Doctor and joined the ensemble cast of the World War II saga The Victors. Shortly thereafter, Fonda began what would become a famous association with Roger Corman, starring in Wild Angels, as the ultra-cool, iron-fisted leader of a violent biker gang, opposite Nancy Sinatra, Bruce Dern, and Diane Ladd. Fonda also starred in Corman's 1967 psychedelic film The Trip, also starring Dern and Susan Strasberg.Fonda's next project was the seminal 1969 anti-establishment film Easy Rider which he produced and co-scripted, receiving an Academy Award nomination for Best Original Screenplay.Fonda's acting credits also included the feature films Outlaw Blues, an expose of the country music business; Dirty Mary, Crazy Larry; Race with the Devil; Robert Rossen's Lilith; Split Image; Robert Wise's Two People; and the cult films Love and a .45 and Nadja. He appeared in Grace of My Heart, directed by Alison Anders, and John Carpenter's Escape from L.A., starring Kurt Russell. He also made a cameo appearance in Bodies, Heat & Motion, which starred his daughter Bridget Fonda.Fonda wowed audiences and won critical acclaim for his portrayal of Ulee Jackson, the taciturn beekeeper in the 1997 film Ulee's Gold, earning him both a Golden Globe Award for Best Actor and the New York Film Critics Award, as well as an Oscar nomination. Following this, he published his autobiography, Don't Tell Dad, and was then seen in the NBC movie The Tempest, for which he had been nominated for another Golden Globe Award for Best Actor in a Mini-Series. Fonda then appeared with Helen Mirren in the Showtime telefilm The Passion of Ayn Rand, where he won the Golden Globe for outstanding supporting actor in a mini-series or movie made for television and was nominated for both an Emmy and SAG Award.Fonda co-starred in Steven Soderbergh's 1997 film The Limey, which also starred Terrnce Stamp and Lesley Ann Warren. Following this he appeared in Thomas and the Magic Railroad for director Britt Allcroft, starring Alec Baldwin.Fonda directed his first feature film, The Hired Hand, in 1971. A critically acclaimed western in which he also starred, the film debuted with a restored version at the 2001 Venice Film Festival; it then screened at the Toronto Film Festival before reopening in theaters in 2003. Other directing credits include the science fiction feature Idaho Transfer, starring Keith Carradine and Wanda Nevada in which he starred as a gambler who wins Brooke Shields in a poker game.Fonda co-starred in HBO's The Laramie Project, based on the true story of openly gay college student Matthew Shepard, killed in an act of senseless violence and cruelty, which attracted national attention. Fonda starred in The Maldonado Miracle directed by Salma Hayek for Showtime Networks, and was nominated for a Daytime Emmy Award for his role. Fonda also starred opposite Kris Kristofferson in Wooly Boys, which was released in March 2004, and the television drama Back When We Were Grownups, opposite Blythe Danner and Faye Dunaway. Fonda was seen in Soderbergh's Ocean's Twelve and appeared in Mark Steven Johnson's Ghost Rider, opposite Nicolas Cage.Fonda's last projects included director Ron Maxwell's Civil War-era drama Copperhead, alongside Billy Campbell and Angus MacFadyen, The Ultimate Gift directed by Michael Landon Jr., and John McNaughton's The Harvest, with Samantha Morton and Michael Shannon.Peter Fonda died on August 16, 2019, in Los Angeles.

You Can't Say No

As Cool as I Am