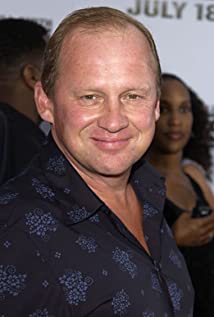 Peter Firth was born in Bradford, West Yorkshire, in 1953. His parents owned the Waterloo Inn pub in Pudsey, Leeds and he attended Hanson Grammar School in Bradford. Firth took weekend classes at the Bradford Playhouse near his Pudsey home and by his mid-teens was playing in "Camelot" at the Bradford Alhambra. Leaving school at 16, he became a major child star in television series such as "The Double Deckers," which was shot at a number of film studios in the UK. He made his film debut at the age of 18 in Franco Zeffirelli's Brother Sun, Sister Moon (1972). In July 1973 he received his big break by winning the leading role of disturbed adolescent Alan Strang in Peter Shaffer's play "Equus," which was performed by the National Theatre at the Old Vic in London. In October 1974, the play opened on Broadway to sensational reviews, with Firth playing opposite Anthony Hopkins as the middle-aged Dr. Martin Dysart. Firth returned to the play at the Plymouth Theatre on Broadway with Richard Burton as Dysart, and then starred in several other plays by the National Theatre including versions of "Romeo and Juliet" (as Romeo) and "Spring Awakening." After taking leading roles in several films such as Aces High (1976) and Joseph Andrews (1977), Firth reprised the role of Alan Strang in the film version of Equus (1977), directed by Sidney Lumet and again co-starring with Burton. Receiving a Bafta Award and an Academy Award nomination, Firth next played Angel Clare in Roman Polanski's Tess (1979). In 1981, he replaced Simon Callow as Wolfgang Amadeus Mozart in Peter Shaffer's play "Amadeus" on Broadway, co-starring with Sir Ian McKellen. He gave other notable performances as a Russian sailor in the kitchen sink drama Letter to Brezhnev (1985), The Hunt for Red October (1990), Shadowlands (1993) and as a sinister theatre manager in An Awfully Big Adventure (1995) with Hugh Grant. In 1994, he returned to British television with a major role in the hugely popular series Heartbeat (1992). He is married with four children and is good friends with his Equus (1977) co-star Jenny Agutter, who also starred with him in MI-5 (2002). He has continued to appear in major movies, including Amistad (1997) and Pearl Harbor (2001).

Ancient Rome: The Rise and Fall of an Empire

The Greatest Game Ever Played