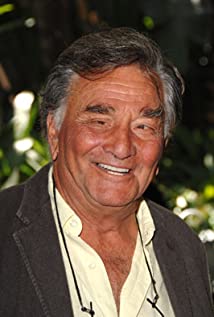 Peter Michael Falk was born on September 16, 1927, in New York City, New York. At the age of 3, his right eye was surgically removed due to cancer. He graduated from Ossining High School, where he was president of his class. His early career choices involved becoming a certified public accountant, and he worked as an efficiency expert for the Budget Bureau of the state of Connecticut before becoming an actor. On choosing to change careers, he studied the acting art with Eva Le Gallienne and Sanford Meisner. His most famous role is that of the detective Columbo (1971); however, this was not his first foray into acting the role of a detective. During a high school play, he stood in for such a role when the original student actor fell sick. He has been married twice, and is the father of two children:Catherine, a private detective in real life, and Jackie. He was diagnosed with dementia in 2008, which was most likely brought on by Alzheimer's disease, from which he died on June 23, 2011.

The Thing About My Folks