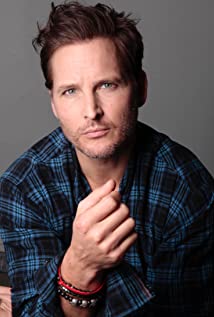 Peter Facinelli was born in Queens, New York, the youngest child of Bruna (Reich) and Pierino Facinelli, a waiter. His parents are Italian immigrants, originally from Trentino, Northern Italy. He has three sisters. Peter was educated at St. Francis Preparatory School in Fresh Meadows, New York, and went on to attend St. John's University, but left after a year to follow his interest in acting at the Atlantic Theater Company Acting School, also in New York. There Facinelli was taught by such distinguished actors as Academy Award nominees William H. Macy and Felicity Huffman.He made his screen debut in 1995, appearing in Rebecca Miller's Angela (1995) and has worked consistently ever since. Notable projects include The Price of Love (1995), An Unfinished Affair (1996) (where he met his future wife, Jennie Garth), Touch Me (1997) and The Scorpion King (2002). Facinelli has also had re-occurring roles in such TV shows such as Fastlane (2002), Six Feet Under (2001), Damages (2007) and Nurse Jackie (2009). In 2008, he won the role of Dr. Carlisle Cullen in the wildly popular Twilight (2008) and its sequels.