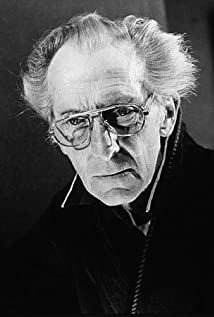 Peter Wilton Cushing was born on May 26, 1913 in Kenley, Surrey, England, to Nellie Maria (King) and George Edward Cushing, a quantity surveyor. He and his older brother David were raised first in Dulwich Village, a south London suburb, and then later back in Surrey. At an early age, Cushing was attracted to acting, inspired by his favorite aunt, who was a stage actress. While at school, Cushing pursued his acting interest in acting and also drawing, a talent he put to good use later in his first job as a government surveyor's assistant in Surrey. At this time, he also dabbled in local amateur theater until moving to London to attend the Guildhall School of Music and Drama on scholarship. He then performed in repertory theater in Worthing, deciding in 1939 to head for Hollywood, where he made his film debut in The Man in the Iron Mask (1939). Other Hollywood films included A Chump at Oxford (1939) with Stan Laurel and Oliver Hardy, Vigil in the Night (1940) and They Dare Not Love (1941). However, after a short stay, he returned to England by way of New York (making brief appearances on Broadway) and Canada. Back in his homeland, he contributed to the war effort during World War II by joining the Entertainment National Services Association.After the war, he performed in the West End and had his big break appearing with Laurence Olivier in Hamlet (1948), in which Cushing's future partner-in-horror Christopher Lee had a bit part. Both actors also appeared in Moulin Rouge (1952) but did not meet until their later horror films. During the 1950s, Cushing became a familiar face on British television, appearing in numerous teleplays, such as 1984 (1954) and Beau Brummell (1954), until the end of the decade when he began his legendary association with Hammer Film Productions in its remakes of the 1930s Universal horror classics. His first Hammer roles included Dr. Frankenstein in The Curse of Frankenstein (1957), Dr. Van Helsing in Horror of Dracula (1958), and Sherlock Holmes in The Hound of the Baskervilles (1959).Cushing continued playing the roles of Drs. Frankenstein and Van Helsing, as well as taking on other horror characters, in Hammer films over the next 20 years. He also appeared in films for the other major horror producer of the time, Amicus Productions, including Dr. Terror's House of Horrors (1965) and its later horror anthologies, a couple of Dr. Who films (1965, 1966), I, Monster (1971), and others. By the mid-1970s, these companies had stopped production, but Cushing, firmly established as a horror star, continued in the genre for some time thereafter.Perhaps his best-known appearance outside of horror films was as Grand Moff Tarkin in George Lucas' phenomenally successful science fiction film Star Wars: Episode IV - A New Hope (1977). Biggles: Adventures in Time (1986) was Cushing's last film before his retirement, during which he made a few television appearances, wrote two autobiographies and pursued his hobbies of bird watching and painting. In 1989, he was made an Officer of the Order of the British Empire in recognition of his contributions to the acting profession in Britain and worldwide. Peter Cushing died at age 81 of prostate cancer on August 11, 1994.

The Flesh and the Fury: X-posing Twins of Evil

Joe Strummer: The Future Is Unwritten

Sherlock Holmes and the Masks of Death

House of the Long Shadows