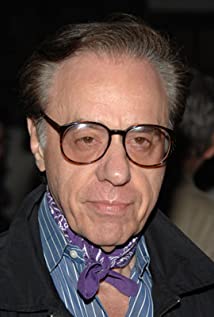 Peter Bogdanovich was conceived in Europe but born in Kingston, New York. He is the son of immigrants fleeing the Nazis, Herma (Robinson) and Borislav Bogdanovich, a painter and pianist. His father was a Serbian Orthodox Christian, and his mother was from a wealthy Austrian Jewish family. Peter originally was an actor in the 1950s, studying his craft with legendary acting teacher Stella Adler and appearing on television and in summer stock. In the early 1960s he achieved notoriety for programming movies at the Museum of Modern Art in New York City. An obsessive cinema-goer, sometimes seeing up to 400 movies a year in his youth, Bogdanovich prominently showcased the work of American directors such as John Ford, about whom he subsequently wrote a book based on the notes he had produced for the MOMA retrospective of the director, and the then-underappreciated Howard Hawks. Bogdanovich also brought attention to such forgotten pioneers of American cinema as Allan Dwan.Bogdanovich was influenced by the French critics of the 1950s who wrote for Cahiers du Cinema, especially critic-turned-director François Truffaut. Before becoming a director himself, he built his reputation as a film writer with articles in Esquire Magazine. In 1968, following the example of Cahiers du Cinema critics Truffaut, Jean-Luc Godard, Claude Chabrol and Éric Rohmer who had created the Nouvelle Vague ("New Wave") by making their own films, Bogdanovich became a director. Working for low-budget schlock-meister Roger Corman, Bogdanovich directed the critically praised Targets (1968) and the not-so-critically praised Voyage to the Planet of Prehistoric Women (1968), a film best forgotten.Turning back to journalism, Bogdanovich struck up a lifelong friendship with the legendary Orson Welles while interviewing him on the set of Mike Nichols' film adaptation of Catch-22 (1970) from the novel by Joseph Heller. Subsequently, Bogdanovich has played a major role in elucidating Welles and his career with his writings on the great actor-director, most notably his book "This is Orson Welles" (1992). He has steadily produced invaluable books about the cinema, especially "Who the Devil Made It: Conversations with Legendary Film Directors," an indispensable tome that establishes Bogdanovich, along with Kevin Brownlow, as one of the premier English-language chroniclers of cinema.The 32-year-old Bogdanovich was hailed by a critics as a Wellesian wunderkind when his most famous film, The Last Picture Show (1971) was released. The film received eight Academy Award nominations, including Bogdanovich as Best Director, and won two of them, for Cloris Leachman and "John Ford Stock Company" veteran Ben Johnson in the supporting acting categories. Bogdanovich, who had cast 19-year-old model Cybill Shepherd in a major role in the film, fell in love with the young beauty, an affair that eventually led to his divorce from the film's set designer Polly Platt, his longtime artistic collaborator and the mother of his two children.Bogdanovich followed up The Last Picture Show (1971) with a major hit, What's Up, Doc? (1972), a screwball comedy heavily indebted to Hawks' Bringing Up Baby (1938) and His Girl Friday (1940), starring Barbra Streisand and 'Ryan O'Neal'. Despite his reliance on homage to bygone cinema, Bogdanovich had solidified his status as one of a new breed of A-list directors that included Academy Award winners Francis Ford Coppola and William Friedkin, with whom he formed The Directors Company. The Directors Company was a generous production deal with Paramount Pictures that essentially gave the directors carte blanche if they kept within strict budget limitations. It was through this entity that Bogdanovich's next big hit, the critically praised Paper Moon (1973), was produced.Paper Moon (1973), a Depression-era comedy starring Ryan O'Neal that won his ten-year-old daughter Tatum O'Neal an Oscar as Best Supporting Actress, proved to be the highwater mark of Bogdanovich's career. Forced to share the profits with his fellow directors, Bogdanovich became dissatisfied with the arrangement. The Directors Company subsequently produced only two more pictures, Francis Ford Coppola's critically acclaimed The Conversation (1974) which was nominated for an Academy Award for Best Picture of 1974 and garnered Coppola an Oscar nod for Best Director, and Bogdanovich's Daisy Miller (1974), a film that had a quite different critical reception.An adaptation of the Henry James novella, Daisy Miller (1974) spelled the beginning of the end of Bogdanovich's career as a popular, critically acclaimed director. The film, which starred Bogdanovich's lover Cybill Shepherd as the title character, was savaged by critics and was a flop at the box office. Bogdanovich's follow-up, At Long Last Love (1975), a filming of the Cole Porter musical starring Cybill Shepherd, was derided by critics as one of the worst films ever made, noted as such in Harry Medved and Michael Medved's book "The

They'll Love Me When I'm Dead