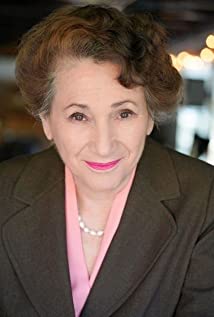 Pepi Streiff (nee' Bluthal) the youngest of three girls, was born in Brooklyn, NY to Rose (Fain) and Joseph Bluthal. She participated in many James Madison High School plays and productions, some along with songwriter Carol King, then also a James Madison high school student.Pepi attended the American Academy of Dramatic Art and was a member of the American Children's Theater in Manhattan: a company that dramatized fairy tales for children. She was graduated from New York University in 1963 with a degree in mathematics.In December 1963 she married Irwin Streiff, then in medical school in Louisville, KY, and began a career of teaching High School Mathematics. As her husband's training and career moved them from place to place she taught High School Math in NY, KY, NJ, FL, TX and GA. They settled in Savannah, Georgia. They have three children.Upon retiring from teaching Pepi resumed her acting career with gusto. She has appeared on stage many times in Savannah. Her favorite stage role was Madame Arcati in Noël Coward's Blithe Spirit.Pepi began her film career acting in student films at the Savannah College of Art and Design. She has made more than 50 student films with SCAD students. Her very first film was a student film.