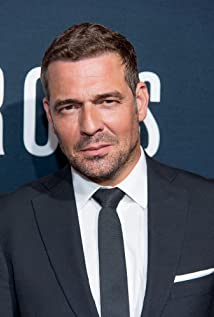 Pêpê Rapazote is a Portuguese-born actor known for Narcos, Shameless, Operation Finale, Blood Ties, Amicci per la Pelle, and Pai à Força. After having worked as an architect for a few years, he decided acting would become his "new trade." He speaks five languages, Portuguese, English, Spanish, French, and Italian, and divides his time between Europe, Latin America and the US.