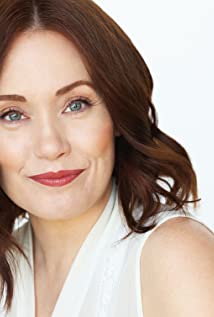 Paula was born in Deerlodge, Montana, but spent most of her pivotal years in St. Louis, Missouri. She survived the awkward glasses/braces/acne years thanks in large part to a healthy sense of humor and the ability to laugh at herself. She then went on to study at the University of Missouri, where she majored in Journalism and minored in having a marvelous college experience. She even spent a semester living/studying in London where she fell in love with collecting stamps in her passport.Once back, she agreed to amuse her friends, against her parents' wishes, by entering a pageant. As they announced her name as the winner of first the Miss Junior Missouri, and a few weeks later, the Miss Junior America title one could clearly hear her father exclaim, "WHAT?!" from the audience. However, he was less shocked that she managed to parlay the win into an internship for an acting coach in NYC who was one of the judges. It was during that internship that the pursuit of acting as a profession became less of the pipe dream it had seemed to her in Missouri. She took up internships with a talent agency, casting director, and an advertising agency, determined to learn the business side of all things film.During these NYC years she began to study under acclaimed acting coach, Susan Batson and really got to raise her own bar. Susan called one rainy January Wednesday and told Paula that she had to get to LA for an audition that Friday. This was the catalyst she needed, and after weeks of callbacks and hustling up meetings, Paula had decided that she needed to learn to drive again and make the move to the West Coast permanent.It turned out to be a good decision, as since arriving she's been able to pay her bills doing what she loves.You can now see her in films, on TV, popular web series, in over a dozen national commercials, hear her voice in cartoons, and see her producing skills at work in multiple productions.

The Wake of Light

Barbie: Life in the Dreamhouse