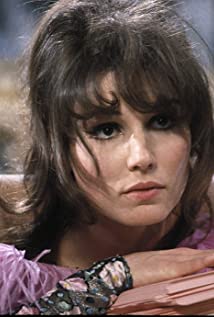 Discovered by a talent scout at Northwestern University in 1958, Paula Prentiss was signed by Metro Goldwyn Mayer and teamed with Jim Hutton in a string of comedies. She rapidly became one of the best American comediennes of the 1960s. Her funny voice inflections, free acting style and brunette good looks established her as a leading lady in comedies of the screwball type, although she was very good in dramatic roles, too. Not much attracted to the Hollywood scene, she retired from films on several occasions, due also to illness and motherhood, but she was always admired and welcome whenever she made a comeback. She and her husband, the actor and director Richard Benjamin, are the parents of Ross Benjamin and Prentiss Benjamin.

I Am the Pretty Thing That Lives in the House

Last of the Red Hot Lovers