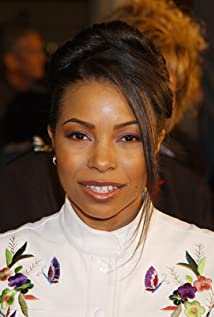 Paula Jai Parker is from Cleveland, Ohio. She moved to Washington, D.C. in 1987 to study at Howard University. After graduating with a Bachelor of Arts degree, she moved to New York City and played a number of clubs. Her reputation as a comedian earned her a place on the FOX comedy program "The Apollo Comedy Hour," filmed live at the legendary Apollo Theater. She left the show after one year to pursue a film career, taking memorable roles in the F. Gary Gray urban comedy Friday and earned a Cable ACE Award for her role in the HBO anthology presentation, Cosmic Slop.Parker returned to television in 1995 in the WB television series The Wayans Bros. opposite Shawn and Marlon Wayans. Throughout the 1990s, she appeared in several shows, including 1997's The Weird Al Show and David E. Kelley's Snoops in 1999. Between television projects, she appeared in a number of films, including the Million Man March docudrama Get on the Bus (1996), the urban comedy Sprung (1997), the Frankie Lymon biography, Why Do Fools Fall in Love (1998), the ensemble comedy 30 Years to Life (2001), Cover and in the comedy-drama, She Hate Me (2004).In 2000, Parker voiced the sophisticated matriarch Trudy Proud in the popular animated series The Proud Family. The series became a success, and has continued to be produced by Disney and gain a positive standing among television critics. Between voice sessions, Parker has continued to take supporting roles in films, in 2002's "High Crimes", 2003's Phone Booth and 2005's Hustle & Flow. She also starred in My Baby's Daddy. Parker was also featured in the television series Touched by an Angel. In 2006, Parker starred in the feature film The Genius Club for writer/director Tim Chey.Paula Jai Parker appeared in music video "I Belong to You" by singer Rome and in music video "Follow My Lead" by 50 Cent featuring Robin Thicke. In 1999, she made a cameo appearance in the music video "I Really Like It" by Harlem World with Tracy Bingham and Tia and Tamera Mowery. In 2001, Parker appeared in the music video for "Girls, Girls, Girls" by rapper and business mogul Jay-Z with fellow actresses Tamala Jones and Carmen Electra.Parker married Forrest Martin in 2004. The couple met on the set of Hustle & Flow. Forrest had just graduated with a Master of Fine Arts. They have one son.Paula is starring in a TV One Production, "Hollywood Divas," to air later in 2014. Forrest, a writer and producer, and Paula as the director and actor, are collaborating on several projects including the TV series "The White Sisters."

When a Woman's Fed Up

Life of a King