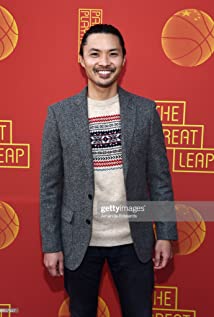 Paul Yen is an American actor who has built a diverse array of roles on a variety of platforms. His proudest moment was having the opportunity to play the lead role of Quang in Qui Nguyen's Vietgone at East West Players for which he has been nominated for the 2018 Best Lead Actor Award by the Los Angeles Drama Critics Circle. In 2017, he received the Hollywood Fringe Scholarship and achieved his dream of premiering his one-man show, Secret Identity Crisis, reimagining the origin stories of three iconic superheroes as Asian American men using events from Asian American history. The show received the Producers' Encore Award and Pick of the Fringe. Other stage roles include a former boxer haunted by his past in FUBAR and a naive adolescent with a crush on his mentor in Habitat (Latino Theater Company). On television, he's appeared on CBS's young Sheldon, CBS's Magnum P.I., ABC's How To Get Away With Murder, Amazon's Bosch, CBS's NCIS: Los Angeles, TNT's The Last Ship and Animal Kingdom. Paul has appeared in independent films as a gangster-turned-entrepreneur in One Hour Fantasy Girl, a computer programmer in Nightmare Code, and a young gay man in love with his straight friend in Midnights with Adam (Los Angeles Asian Film Festival). His commercial work includes Fitbit and a fun national spot for Verizon with Edward Norton.Paul is a Southern California native on a continual journey of self-discovery. His curiosity about human interaction lead him to a B.A. in Communication Studies and a Minor in Theatre from Long Beach State.