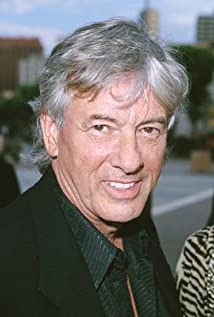 Paul Verhoeven graduated from the University of Leiden, with a degree in math and physics. He entered the Royal Netherlands Navy, where he began his film career by making documentaries for the Navy and later for TV. In 1969, he directed the popular Dutch TV series, Floris (1969), about a medieval knight. This featured actor Rutger Hauer, who has appeared in many of Verhoeven's later films. Verhoeven's first feature, Any Special Way (1971) (trans. "What do I See?"), was released in 1971. However, it was his second, Turkish Delight (1973), with its combination of raw sexuality and a poignant story-line, that gained him great popularity in the Netherlands, especially with male audiences. When his films, especially Soldier of Orange (1977) and The 4th Man (1983), received international recognition, Verhoeven moved to the US. His first US film was Flesh+Blood (1985) in 1985, but it was RoboCop (1987) and, especially, Total Recall (1990) that made him a big box office success. Sometimes accused of portraying excessive violence in his films, Verhoeven replies that he is only recording the violence of society. Verhoeven has co-scripted two of his films: Soldier of Orange (1977) and Flesh+Blood (1985). He also directed an episode of the HBO The Hitchhiker (1983) TV series. Several of his films have been photographed by Jost Vacano, including the hit cult film, Starship Troopers (1997), starring Casper Van Dien.

Starz Inside: Sex and the Cinema