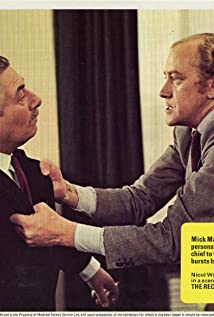 Widely regarded as one of the greatest stage and screen actors both in his native Great Britain and internationally, Paul Rogers was born in Plympton, Devon, attended Newton Abbot Grammar School, and then trained as an actor at the Michael Chekhov Theatre Studio at Dartington Hall. After serving in the Royal Navy from 1940 to 1946, he returned to acting at the Bristol Old Vic. He became a long-serving member of the Royal Shakespeare Company, where he offered a wide range of memorable roles due to the uniqueness of his acting qualities. Among a very distinguished list of brilliant performances, In 1965 he originated the part of Max in Harold Pinter's "The Homecoming", for which he was honored with Broadway's 1967 Tony Award for Best Performance by a Leading Actor in a Play, and recreated the role for its film version The Homecoming (1973), both directed by Peter Hall, with whom he also worked in A Midsummer Night's Dream (1968). His other marvelous stage work included his 1963 nomination for a Tony Award for Best Performance by a Featured Actor in a Play for Peter Ustinov's "Photo Finish". In 1981 he played the role of Sir in Ronald Harwood's "The Dresser" on Broadway.

The Return of the Native

As Time Goes By

Lost in the Stars

The Shoes of the Fisherman