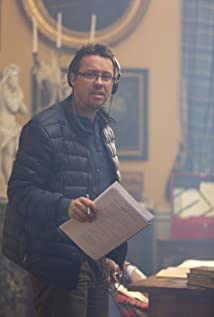 Paul Olding is a BAFTA nominated (Best Director), multi award winning Writer/Director and TV Series Producer/Showrunner. His work spans scripted factual drama, serial TV drama, drama doc, Short Films and documentary (science, history and ancient history). Paul's recent work includes the feature length factual drama Albert:The Power behind Victoria and Wallis: The Queen that Never Was, Autopsy: The Last Hours of, Monsters Behind the Iron Curtain, Cleopatra's Lost Tomb and the Emmy Award winning How We Got to Now with Steven Johnson, plus BBC serial drama Doctors. While at the BBC, Paul helped create ground breaking factual series including the multi-award winning Wonders of the Solar System and Wonders of Life with Prof Brian Cox (plus Horizon: What time is it? and What on Earth is Wrong with Gravity?), the award winning drama doc The Genius Sperm Bank, Origins of Us with Prof Alice Roberts and Earth the Power of the Planet with Prof Iain Stewart, plus many one-off specials including City beneath the Waves:Pavlopetri.

Life of a Universe

How We Got to Now

Wonders of the Solar System

Earth: The Power of the Planet