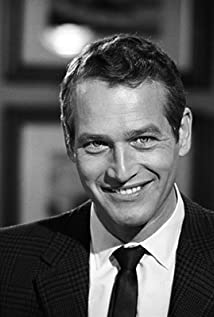 Screen legend, superstar, and the man with the most famous blue eyes in movie history, Paul Leonard Newman was born on January 26, 1925, in Cleveland, Ohio, the second son of Arthur Sigmund Newman (died 1950) and Theresa Fetsko (died 1982). His elder brother was Arthur S. Newman Jr., named for their father, a Jewish businessman who owned a successful sporting goods store and was the son of emigrants from Poland and Hungary. Newman's mother (born Terézia Fecková, daughter of Stefan Fecko and Mária Polenak) was a Roman Catholic Slovak from Homonna, Pticie (former Austro-Hungarian Empire), who became a practicing Christian Scientist. She and her brother, Newman's uncle Joe, had an interest in the creative arts, and it rubbed off on him. He acted in grade school and high school plays. The Newmans were well-to-do and Paul Newman grew up in affluent Shaker Heights. Before he became an actor, Newman ran the family sporting goods store in Cleveland, Ohio.By 1950, the 25-year-old Newman had been kicked out of Ohio University, where he belonged to the Phi Kappa Tau fraternity, for unruly behavior (denting the college president's car with a beer keg), served three years in the United States Navy during World War II as a radio operator, graduated from Ohio's Kenyon College, married his first wife, Jacqueline "Jackie" Witte (born 1929), and had his first child, Scott. That same year, his father died. When he became successful in later years, Newman said if he had any regrets it would be that his father was not around to witness his success. He brought Jackie back to Shaker Heights and he ran his father's store for a short period. Then, knowing that wasn't the career path he wanted to take, he moved Jackie and Scott to New Haven, Connecticut, where he attended Yale University's School of Drama.While doing a play there, Newman was spotted by two agents, who invited him to come to New York City to pursue a career as a professional actor. After moving to New York, he acted in guest spots for various television series and in 1953 came a big break. He got the part of understudy of the lead role in the successful Broadway play "Picnic". Through this play, he met actress Joanne Woodward (born 1930), who was also an understudy in the play. While they got on very well and there was a strong attraction, Newman was married and his second child, Susan, was born that year. During this time, Newman was accepted into the much admired and popular New York Actors Studio, although he did not actually audition.In 1954, a film Newman was very reluctant to do was released, The Silver Chalice (1954). He considered his performance in this costume epic to be so bad that he took out a full-page ad in a trade paper apologizing for it to anyone who might have seen it. He had always been embarrassed about the film and reveled in making fun of it. He immediately wanted to return to the stage, and performed in "The Desperate Hours". In 1956, he got the chance to redeem himself in the film world by portraying boxer Rocky Graziano in Somebody Up There Likes Me (1956), and critics praised his performance. In 1957, with a handful of films to his credit, he was cast in The Long, Hot Summer (1958), co-starring Joanne Woodward.During the shooting of this film, they realized they were meant to be together and by now, so did his then-wife Jackie, who gave Newman a divorce. He and Woodward wed in Las Vegas in January 1958. They went on to have three daughters together and raised them in Westport, Connecticut. In 1959, Newman received his first Academy Award nomination for Best Actor, in Cat on a Hot Tin Roof (1958). The 1960s would bring Newman into superstar status, as he became one of the most popular actors of the decade, and garnered three more Best Actor Oscar nominations, for The Hustler (1961), Hud (1963) and Cool Hand Luke (1967). In 1968, his debut directorial effort Rachel, Rachel (1968) was given good marks, and although the film and Woodward were nominated for Oscars, Newman was not nominated for Best Director. However, he did win a Golden Globe Award for his direction.1969 brought the popular screen duo of Newman and Robert Redford together for the first time when Butch Cassidy and the Sundance Kid (1969) was released. It was a box office smash. Through the 1970s, Newman had hits and misses from such popular films as The Sting (1973) and The Towering Inferno (1974) to lesser known films as The Life and Times of Judge Roy Bean (1972) to a cult classic Slap Shot (1977). After the death of his only son, Scott, in 1978, Newman's personal life and film choices moved in a different direction. His acting work in the 1980s and on is what is often most praised by critics today. He became more at ease with himself and it was evident in The Verdict (1982) for which he received his sixth Best Actor Oscar nomination and, in 1987, finally received his first Oscar for The Color of Money (1986), almost thirty years after Woodward had won hers. Friend and director