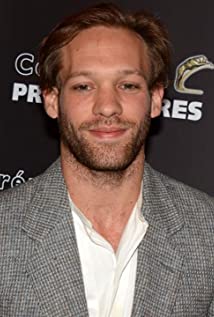 He is still a teenager when he is spotted by the photographer Paolo Roversi, and begins to model.while shooting an advertisement for Coca Cola "The Chase", with the director Sébastien Chantrel in 2006 he then first meets the camera. After studying cinema, Paul Hamy founded with friends the collective POK (PainOchoKolat) which brings together visual artists, photographers, videographers, DJs, musicians, designers, dancers, singers, comedians.Then, He reappears on television in a Lacoste advertisement. But it's in the cinema that the young man dreams of breaking through. After taking part in an episode of the TV series "Borgia", he is revealed at the cinema in 2013 in "Elle s'en va" by Emmanuelle Bercot, in which he is Catherine Deneuve's one night lover. The same year, he is Julien, Sara Forestier's lover in "Suzanne" by Katell Quillévéré, opening film for semaine de la critique in Cannes in 2013 and for which he is nominated for Césars in the category best upandcoming actor. These two consecutive films which he auditioned for randomly revealed immediately Paul Hamy to the French cinema.Little by little, the chameleon actor turns to an increasingly challenging cinema. Instinctive and feline, both gentle and disturbing, he quickly became an asset for independant cinema. Curious and willingly multifaceted, Athletic body, tender eyes and fleshy mouth, the comedian is a not necessarily a very identified figure of the general public, but regular on the screen, those that we notice by their ability to slide from one universe to another. His latest movie nonetheless more popular are getting him more and more reckoned.Outside the cinema, he does sculpture, coaches the youth team of the Pigalle/Paris district basketball club, and produces artists like the musician Oko Ebombo.