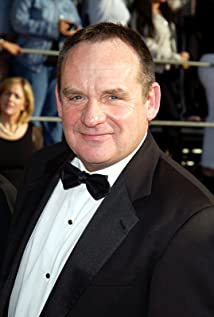 Paul Guilfoyle, the actor best known for playing Capt. Jim Brass on CSI: Crime Scene Investigation (2000), was born on April 28, 1949 in Boston, Massachusetts. After graduating from Boston College High School in 1968, he attended Lehigh University.He studied acting as a member of the Actor's Studio in New York, and then for 12 years was a member of the Theatre Company of Boston, where Al Pacino also honed his craft. Guilfoyle made his Broadway debut in 1977, appearing in David Rabe's "The Basic Training of Pavlo Hummel" in support of Pacino; the two would later star in the 1990 film adaptation of Heathcote Williams's The Local Stigmatic (1990), with Guilfoyle appearing in a part originated by John Cazale.He made his feature film debut in the Howard the Duck (1986) and his series TV debut in Crime Story (1986), both in 1986. Since then, Guilfoyle has fashioned a career as a leading character actor in TV and in films. He has been a member of the "CSI: Crime Scene Investigation" since the pilot that aired in the year 2000.