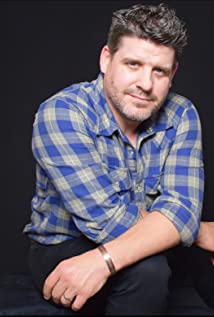 Paul was born on the 11th September 1971 in Bristol England.After graduating high school at the age of 16. Paul took a two year apprenticeship in printing and graphic design. Which upon completion lead him to a full time position within' the print industry. Paul worked for a local printing company in his hometown of Bristol (England) for 3 years. When one night he decided printing wasn't something he wanted to do for the rest of his life. Paul really wanted to be a professional Wrestler.So in 1991 Paul joined a local Wrestling school. Where he was taught all the Wrestling basics from how to fall to making a fight scene look real. Paul seemed to be a natural and picked up the art very quickly. And on his debut in 1993 he instantly became a fan favorite. He was getting bookings every weekend not just for local events, but all across the country and even overseas. Which shortly led to him quitting his printing job to wrestle full time. And of course fulfilling his childhood dream of becoming a professional Wrestler.Paul wrestled professionally for 20 years in total. And during that time he Wrestled with some of today's greats. Including WWE Legend Mick Foley, CM Punk, ECW's Raven and The Sandman to name a few. It was at this level Paul got used to working in front of cameras and big crowds. Paul also in time became a Wrestling trainer where he passed on his skills to youngsters hoping to break into the business and to actors who were looking to learn how to fall correctly and how to make fight scenes look real. It was this that Paul got his first taste of TV and film.In 2010 Paul had a brief run working with actors and as an actor himself while choreographing some action scenes for a few TV documentary's.Then in 2013 Paul decided to quit wrestling for good and has since pursued a career as an actor in Film and TV.Paul is married to actress Tuesday Knight. (2016-Present)