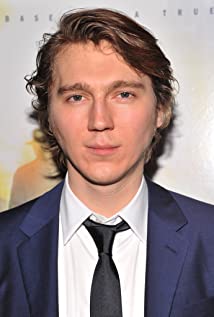 An actor for all seasons and all kinds of roles (from dark, difficult characters to more loving ones) Paul Dano has an extensive body work that includes working with directors such as Paul Thomas Anderson, Steve McQueen, Dayton & Ferris, Ang Lee, Denis Villenueve and Paolo Sorrentino; acting with heavyweights such as Harrison Ford, Daniel Day-Lewis, Alan Arkin, Jake Gyllenhaal, Toni Collette, Michael Caine, Kevin Kline - just to mention a few names; and easily making a fine transition in between independent cinema, art-house films and mainstream Hollywood blockbusters.Paul Franklin Dano was born on 19 June, 1984 in New York City. At an early age he was already appearing in community plays and by his early teens he got his first TV appearance on an episode of Smart Guy (1998). His first major role was as Howie Blitzer, a trouble teenager who gets involved with an older man, played by Brian Cox, in the controversial and acclaimed L.I.E. (2001). For the role, Dano was awarded an Independent Spirit Award in the Best Debut Performance category, along with some other awards from Indie cinema. From the on, he moved on to supporting roles in Thank You, Jeeves! (1936), The Girl Next Door (2004), Taking Lives (2004), The King (2005), Fast Food Nation (2006) and The Ballad of Jack and Rose (2005).Dano's rise to stardom came in consecutive films that showcased his talents and made him an important name in the business: as Dwayne, a rebel teen who copes with his teen angst by refusing to speak to everyone in his family, only using of his cold expressions and a notepad in Little Miss Sunshine (2006), he was praised by critics and audiences, a role that earned him among other awards the Screen Actors Guild as Best Ensemble Cast. The following year, he appeared on a dual role as twin brothers Paul and Eli Sunday - the latter character, a devoted preacher, is more extensive and challenging than the mysterious Paul, in Paul Thomas Anderson critically acclaimed There Will Be Blood (2007). The role was given to Dano after a recommendation from Daniel Day-Lewis who had worked with the young actor in The Ballad of Jack and Rose (2005) and found him a very talented and interesting role. Anderson followed Day-Lewis suggestion, and the result was another hit for Dano, who received several awards nominations, including for the Bafta as Best Supporting Actor.After that, he went on with his career with Taking Woodstock (2009), Cowboys & Aliens (2011), Ruby Sparks (2012) - in which he appears alongside his girlfriend Zoe Kazan, Looper (2012), as the tortured suspect in Prisoners (2013); the Oscar winning 12 Years a Slave (2013); as a young Method actor in Youth (2015); the freak comedy Swiss Army Man (2016); Okja (2017); and the miniseries War & Peace (2016) and Escape at Dannemora (2018), the latter being a role completely the opposite he ever played in previous years, as an inmate who escapes jail, a very physical work for him. In between those films and projects, he gained notoriety by playing the young Brian Wilson in Love & Mercy (2014), the Beach Boys leader who suffers a nervous breakdown while trying to compose an epic album. That role gave Paul Dano plenty of buzz during awards season, some deserved recognition and his first Golden Globe nomination in the Best Supporting Actor category.His career seems to always be going further each year goes by, always promising. He made his directorial debut in Wildlife (2018), which was co-written with Zoe Kazan. They're living together for a decade and have one daughter.