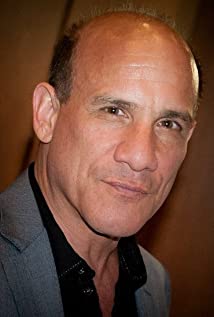 Paul Ben-Victor has built a career on the small and big screen appearing in over 60 films and TV series. A director's favorite, Paul has worked with some of the biggest names in film including Tony Scott, Steven Zallian, and Clint Eastwood. Paul Can be seen next opposite Al Pacino, Robert DeNiro and Harvey Keitel in Martin Scorsese's upcoming feature "The Irishman". This marks Paul's second time working with the Academy-Award winning director since having starred in the critically-acclaimed series "Vinyl" for HBO.Other recent film credits include "Get Hard" with Kevin Hart and Will Ferrell, "Grudge Match" with Robert DeNiro, and most recently "Monster" with Jeffrey Wright and Jennifer Hudson as well as "Crooked Somebody" alongside Ed Harris.In television, Paul has played a number of standout roles in some of the most highly-acclaimed series, including appearing opposite Matthew McConaughey in HBO's Emmy-award winning and Golden Globe-nominated series "True Detective" as well as series regular turn in HBO's "The Wire", called "the greatest series of all-time" by Entertainment Weekly and Rolling Stone magazines. Other TV credits include "Entourage" (HBO); "John From Cincinnati" (HBO); "NYPD Blue" (ABC).Paul also received critical acclaim for his portrayal of iconic comedian "Moe Howard" in the ABC biopic "The Three Stooges".Paul starred in recurring roles in "The Mick" (Fox), "Preacher" (AMC), and "Santa Clarita Diet" (Netflix) and on "Goliath" opposite Billy Bob Thornton for Amazon.Paul can be seen in the upcoming George Nolfi drama "The Banker" starring alongside Samuel L. Jackson and Anthony Mackie.Paul is featured in NBC's upcoming series "The Village" created by Sons of Anarchy's, Mike Daniels.

Feast of the Seven Fishes