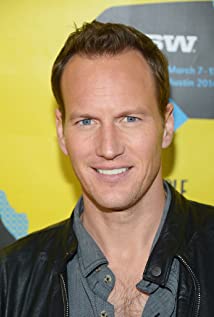 Patrick Joseph Wilson was born in Norfolk, Virginia and raised in St. Petersburg, Florida, the son of Mary Kathryn (Burton), a voice teacher and professional singer, and John Franklin Wilson, a news anchor.Wilson has a B.F.A. in Drama from Carnegie-Mellon University. His theater work has produced many nominations and awards. He was nominated for Best Actor in a Musical for The Full Monty, a Drama League Award for "Fascinating Rhythm", a Drama Drama League Award for "Bright Lights, Big City", an Encores nomination for "Tenderloin". He had national tours in "Carousel" (Drama Logue Award winner and L.A. Ovation nomination) and "Miss Saigon". Regionally, he has appeared in "Sweet Bird of Youth" (La Jolla), "Cider House Rules" (Mark Taper Forum), "Romeo and Juliet: The Musical" (Ordway), "Lucky in the Rain" (Goodspeed), "Harmony" (La Jolla), and "The Full Monty" (Globe).Patrick Wilson is married to actress Dagmara Dominczyk; the couple has two children.

Aquaman and the Lost Kingdom

In the Tall Grass