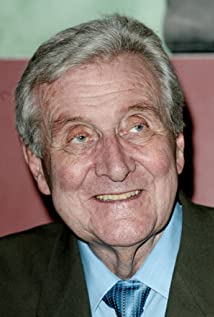 British actor Patrick Macnee was born on February 6, 1922 in London, England into a wealthy and eccentric family. His father, Daniel Macnee, was a race horse trainer, who drank and gambled away the family fortune, leaving young Patrick to be raised by his lesbian mother, Dorothea Mary, and her partner. Shortly after graduating from Eton (from which he was almost expelled for running a gambling ring), Macnee first appeared on stage and made his film debut as an extra in Pygmalion (1938). His career was interrupted by World War II, during which he served in the Royal Navy. After military service, Macnee attended the Webber Douglas School of Dramatic Art in London on scholarship. He also resumed his stage and film career, with bit parts such as Young Jacob Marley in A Christmas Carol (1951). Disappointed with his limited roles, Macnee left England for Canada and the United States.In 1954, he went to Broadway with an Old Vic troupe and later moved on to Hollywood, where he made occasional television and film appearances until returning to England in 1959. Once back home, he took advantage of his producing experience in Canada to become co-producer of the British television series Winston Churchill: The Valiant Years (1960). Shortly thereafter, Macnee landed the role that brought him worldwide fame and popularity in the part of John Steed, in the classic British television series The Avengers (1961). His close identification with this character limited his career choices after the cancellation of the series in 1969, prompting him to reprise the role in The New Avengers (1976), which, though popular, failed to recapture the magic of the original series. During the 1980s and 1990s, Macnee became a familiar face on American television in such series as Gavilan (1982), Empire (1984), Thunder in Paradise (1994) and NightMan (1997). In the past decade, Macnee has also made several audio recordings of book fiction.

In the Footsteps of Sherlock Holmes