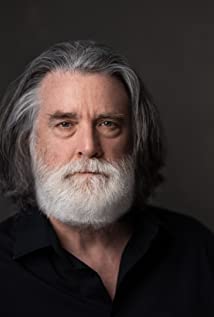 Patrick was born in Lackawanna, New York and grew up in South Buffalo and attended South Park High School. The son of P J Byrnes and Joan (née Sim). He has done an extensive amount of theatre in Dublin, Irland. He gained great notices in for playing 'Rock Hudson' in his last days in 'Hollywood Valhalla' , 'Lenny' in 'Of Mice and Men', 'Boss Finley' in 'Sweet Bird of Youth' and 'Lars' in 'The Gate Theatre's' production of 'Festen'. He first started acting with The NOW Theatre Company in Lockport New York. Subsequently he did many plays with different companies in Buffalo and the surrounding area, including productions with The Buffalo Entertainment Theatre, The University at Buffalo and Buffalo State College. In NYC he worked in a number of productions with 'Daryl Chin' and 'Larry Qualls' including 'The Dialectic of Enlightement'. These past few years Patrick has been more involved in film and television. He played the 'Deputy Director of the NSA' in 'Oliver Stone's' 'Snowden' and most recently 'Jefferson Maltby' a member of the Palestinian Committee in the post WW2 series 'Traitors' for Chanel 4 UK and Netflix.

The Last Days on Mars