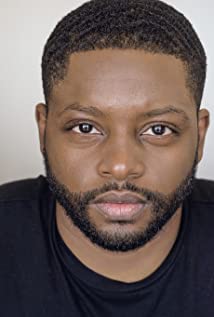 Patrick Joseph Nicolas, the first of four children from his mother's side, he was born on June 29, 1984 in Miami FL in the neighborhood of Little Haiti. He is the son of Claire Michaud, a nurse, and Patrick Nicolas. Although born in Miami, Patrick spent his first nine years growing up in Port-au-Prince, Haiti, and was raised by his great grandmother along with his sister Claire. Patrick would spend most of his time watching all sorts of American films that would later inspire him to act, including his favorite TV show, MacGyver.In 1994 Patrick and his sister Claire moved back to the U.S. to live with their mother, father and two other siblings, Joshua and Elijah in Houston TX. Determined to play the dramatic roles he loved watching as a child, Patrick began his acting training and performing in short dramatic films.In college Patrick performed with the prestigious Houston theater company and starred in a very well received production of the Thornton Wilder's classic, "Our Town."Determined to take his career to the next level, Patrick took the little money he had, quit his job, and drove straight to Los Angeles. He amassed and starred in a list of independent films as well as "Troubled Child" (The Boarder). A film inspired by true-life events where Patrick (Jarren Williams) and his family attempt to cope with an adopted child suffering from Reactive Attachment Disorder. The movie aired on the lifetime movie network and won several independent awards.Patrick can also be seen in "Shot" (2017) where he plays the role of a man in group therapy suffering the lost of his sister who was killed by gun violence.He currently resides in Los Angeles.