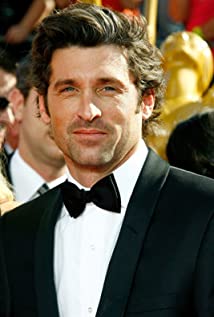 Patrick Dempsey has lived two charming but separate lives on film and television. From an exuberant, somewhat awkward charmer in college comedy films of the late 1980s and early 1990s, he has morphed spectacularly into a dreamy, wavy-haired television hunk of the new-age millennium and this seductive new image has since spilled off into romantic lead roles back on the large screen as a slightly offbeat, self-effacing Prince Charming type.Patrick Galen Dempsey was born on January 13, 1966 in Lewiston, Maine, to M. Amanda (Casson) and William Allen Dempsey. He is the youngest of three. His father, an insurance agent, and his mother, a school secretary, raised the children in Buckfield (Maine). His parents were both originally from Pennsylvania, and he has German, English, and Scottish ancestry ("Dempsey" was the surname of his step-grandfather). Patrick, who was diagnosed as dyslexic (he has to fully memorize his scripts), attended St. Dominic Regional High School but dropped out before graduating.Always interested in entertainment, Patrick studied juggling and entered several competitions. Acting was also a natural for him and, at age 15, he earned the role of the rebellious son in a Maine production of "On Golden Pond". Two years later, he won a prime role as David, the gay teen, in the Harvey Fierstein play "Torch Song Trilogy", spending several months touring the San Francisco area with the show. In between he, found supplementary gigs dancing and juggling. More opportunities came his way after winning the protagonist role of Neil Simon's "Brighton Beach Memoirs" that toured in 1984. Directed by the renowned comedy favorite Gene Saks, Dempsey started looking at the possibility of film work.He made his movie debut in the secondary part of a Catholic student in the 1960s-era school-age comedy Heaven Help Us (1985) starring "Brat Pack" actor Andrew McCarthy. More silliness followed with Meatballs III: Summer Job (1986) and a ripe turn in the socially aware television-movie The Magical World of Disney: A Fighting Choice (1986) in which he played an epileptic teen who sues his parents (Beau Bridges and Karen Valentine) in order to have risky brain surgery. Around the same time, he found himself in a television series entitled Fast Times (1986), based on the ultimate school-age film Fast Times at Ridgemont High (1982), which made a star out of Sean Penn. Inheriting the Robert Romanus cool guy role of con artist Mike Damone, expectations were far too big and the television series died a quick death.However, his movie career got on a faster track and he scored well co-starring with the worldly Beverly D'Angelo in the movie In the Mood (1987), as a young man who makes headlines pursuing older women. Life resembled art that same year when Patrick married actress and drama coach Rocky Parker, who played a bit part in the film. He was 21 and she was 48. By this time, his trademark cuteness and appeal started taking shape. The youthful 21-year old Patrick played a nerd role next in the very funny high school comedy Can't Buy Me Love (1987) with Amanda Peterson. A movie favorite for many, Patrick had reached the peak of his early career popularity. He showed a more serious side in the World War II-era drama In a Shallow Grave (1988), which presented a Cyrano de Bergerac-like story line with Patrick as the Christian de Neuvillette counterpart, but then he went straight back to familiar territory with the college-themed comedies Some Girls (1988) with Jennifer Connelly, Loverboy (1989), and Happy Together (1989).Stretching more in the 1990s, Patrick co-starred on stage in a 1991 production of "The Subject Was Roses" (playing the Martin Sheen film role) as the World War II soldier readjusting to civilian life with his parents (Dana Ivey and "Frasier" co-star John Mahoney). Films included the cross-country comedy-drama Coupe de Ville (1990), the action thriller Run (1991), Mobsters (1991), in which he made a stab at playing major Mafioso Meyer Lansky, Face the Music (1993) opposite "Brat Pack" femme Molly Ringwald, the title role in Bank Robber (1993), and the Mark Twain family-geared Ava's Magical Adventure (1994), co-directed by Patrick and wife Rocky. However, the couple divorced that same year. On television, Patrick played a young John Fitzgerald Kennedy in the miniseries J.F.K.: Reckless Youth (1993), Pierre Arronax in the television remake of 20,000 Leagues Under the Sea (1997), and Raskolnikov in a small screen version of Crime and Punishment (1998). The rest of the decade on film was less newsworthy with co-starring or featured movie roles in Hugo Pool (1997), Denial (1998), Life in the Fast Lane (1998) and Me and Will (1999).It was television that gave Patrick a shot in the arm as he progressed into the new millennium. A recurring role as Will's closeted sportscaster amour in the sitcom Will & Grace (1998) presented Patrick in a more mature, wry and sexier fashion. Another recurring role in Once and Again (19