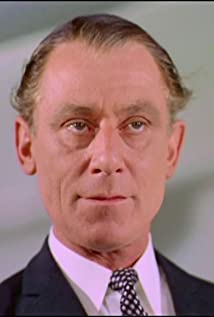 Best known for his appearances on British television in the comedy series Father, Dear Father (1968), Patrick Cargill was also a distinguished stage actor and a brilliant farceur. His immaculate timing was known throughout the profession to the point that when directors where casting a certain type of leading role they would refer to it as a "Patrick Cargill part".Cargill made his stage debut in Bexhill on Sea, Sussex as a teenager before joining Anthony Hawtrey's company in London. Throughout the 1950s he was rarely off the West End stage in a string of farces and comedies, in many of which he played the leading role.In 1967 he was offered the television series, "Father Dear Father", especially written for him, in which he played a thriller writer and the inept father of two teenage daughters, played by Natasha Pyne and Ann Holloway. The series ran until 1973 and in 1976 he returned to television in The Many Wives of Patrick (1976), in which he appeared as a middle-aged playboy trying to divorce his sixth wife in order to remarry his first.In 1978 he appeared on the London stage in a revival of Anthony Shaffer's thriller, "Sleuth", which was not well received by the critics on the grounds that with all his charm, Cargill's leading role lacked menace.In 1967 he was personally chosen by Charles Chaplin to play the role of Hudson, "a gentleman's gentleman" in the film, A Countess from Hong Kong (1967). The two actors struck up a close friendship. A superb light comedian Cargill said "Comedy is instinctive. You know it's there but the moment you consciously search for it you're completely lost. Timing is a skill that you develop over the years. It gives you the necessary courage to wait - to pause while the audience gathers in anticipation."

Every Home Should Have One

A Countess from Hong Kong

Man in a Suitcase

This Is My Street

A Stitch in Time