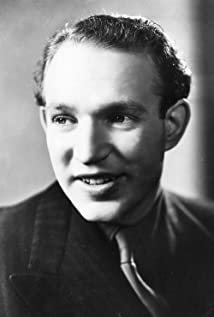 Patrick Barr, born into a judicial family in British India in 1908, was active for more than half a century on the stage, screen and, later, very successfully on television.Tall and distinguished, the son of a judge and (in retirement) theatrical manager, Barr was educated at Radley and Trinity College, Oxford, winning a "blue" in the 1929 University Boat Race.Having first worked as an engineer, he made the move to acting at the comparatively late age of twenty-five. His West End stage debut, followed in 1936 in a production of "The Country Wife" at the Old Vic. The following year, he made his debut on the New York stage.During the Second World War, he was a conscientious objector serving with a Free French ambulance unit in North Africa. For his bravery, he was awarded the Croix de Guerre.On his return to the United Kingdom, he resumed his acting career in a revival of Noël Coward's "Private Lives" at the Apollo Theatre. For the next fifteen years, he appeared almost non-stop on the West End Stage, the longest-running being "Like a Dove", in which he played "Lord Dungavel" for over two years. By the mid 1950s, the popularity of television was growing dramatically and Barr became more widely-known as a result, twice becoming "Television Actor of the Year".In 1970, he made a strong return to the stage, joining the Royal Shakespeare Company for the season at Stratford. He played the ghost in "Hamlet", "Alonso" in "The Tempest" and "Escalus" in "Measure for Measure".His first film, The Merry Men of Sherwood (1932) was the first of numerous character parts and, while never attaining first billing as he had on the stage and television, his talents were always in demand.Patrick Barr died aged 77 on August 29 1985.

The Satanic Rites of Dracula

The Flesh and Blood Show

The Rivals of Sherlock Holmes

Guns in the Heather