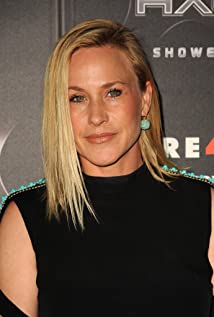 With her expressive blue eyes, soft, Southern-tinged voice and an acting range that can carry her from hysterically funny to terrifying in seconds, Patricia Arquette is one of the most underrated and talented actresses of her generation. Though she has been working for years, she's always stayed just under the radar of true stardom, despite a 1995 marriage to Nicolas Cage.Patricia was born in Chicago, though the family soon moved to a commune near Arlington, Virginia. Her parents, Lewis Arquette, an actor, and Brenda Denaut (née Nowak), an acting teacher and therapist, had 4 other children: Rosanna Arquette, Richmond Arquette, Alexis Arquette, and David Arquette, all actors. Her paternal grandfather, Cliff Arquette, was also an entertainer. Patricia's mother was from an Ashkenazi Jewish family (from Poland and Russia), while Patricia's father had French-Canadian, Swiss-German, and English ancestry.At 15, Patricia ran away from home to live with her sister Rosanna and, after initial insecurity, got her start in Pretty Smart (1987). A year later, she gained attention for her starring role in A Nightmare on Elm Street 3: Dream Warriors (1987), considered by many to be the best film of the Nightmare series. In 1989, Patricia's son, Enzo (father is Paul Rossi), was born. Soon after, her career took off, and she has since appeared in such critically acclaimed movies as True Romance (1993), Beyond Rangoon (1995), Ethan Frome (1993), Lost Highway (1997) and Flirting with Disaster (1996). She won a CableACE award in 1991 for her portrayal of a deaf epileptic in Wildflower (1991). In 1997, after her mother died of breast cancer, Patricia took the lead in the fight against the disease. She has run in the annual Race for the Cure and in 1999 was the Lee National Denim Day spokesperson.