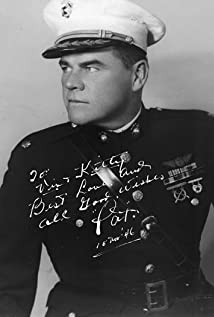 Pat Flaherty served in the military during the Mexican border campaign in 1916 and was a flying officer for the Signal Corps in World War I. He then played professional baseball in the minor leagues in Des Moines, San Francisco, Shreveport, Indianapolis, Akron and for other teams. He played professional football for the Chicago Bears in 1923. After his sports career was finished he went to New York, where he became very successful with the DeSylva-Brown music publishing company. There he married Dorothea X. Fugazy, the daughter of a famous boxing promoter. In 1930 he came to Hollywood to work as a producer for Joseph P. Kennedy at Fox Films, but the Great Depression resulted in his position being eliminated, and he turned to acting. In A Day at the Races (1937), he played a plainclothes detective who leads a group of policemen chasing Groucho Marx. His clipped East Coast accent and gruff demeanor often caused him to be cast as tough cops, prison guards, foremen, or other types of authority figures. In addition to his career as a character actor, he was a technical advisor on baseball pictures; for example, he taught Gary Cooper how to pitch for his role in The Pride of the Yankees (1942). In World War II he received a commission in the Marine Corps. He also served in Korea and was discharged with the rank of major.

The Abbott and Costello Show

Ride the Man Down

The Pride of St. Louis