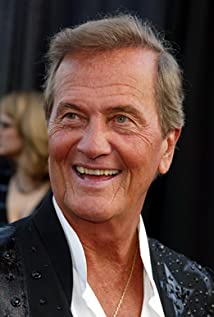 Actor, singer, author and songwriter ("Exodus") Pat Boone was educated at David Lipscombe College, North Texas State College and Columbia University (from which he received a Bachelor of Science degree in 1958). His career in entertainment began when he emceed a teenage talent show on radio and television in Nashville, Tennessee. He won a Ted Mack Original Amateur Hour amateur show, and an Arthur Godfrey Talent Scouts show. His first professional recording was made in 1955, and he joined ASCAP in 1961, with Ernest Gold being his chief musical collaborator. Over the years he has had many hit songs ("Moody River", "Speedy Gonzales", "Bernadine") and appeared in a string of films in the 1950s and 1960s, some successful and some not. His other song compositions include "Lover's Lane" and "The Main Attraction". He has served as a board member of the Northeastern Institute for Christian Education.

This Land Is Mine

The History of Rock 'n' Roll