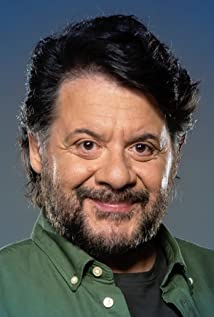 An all-round artist, from TV to cinema and dubbing, from comics to the radio and theater, Pasquale Petrolo, known as Lillo, made his debut in the entertainment world in 1991, when he founded the absurd rock band "Latte & i Suoi Derivati" with Greg. In 1997 the two artists joined the founding group of "Le Iene" with which they collaborated for three years. Among the various TV shows in which he has taken part, Lillo plays and/or writes and hosts together with Greg shows like "Telenauta '69", "L'Ottavo Nano", "BlaBlaBla", "Stracult", "Parla con me", "Serata per voi", "The show must go off", "Cavalli di Battaglia", "Facciamo che io ero", and many others; and alone "Il caso Scafroglia", "Aniene 2", "Lillo No Limit", "Amiche mie", and "L'ispettore Coliandro". At the cinema, he played in "Fascisti su Marte" by C. Guzzanti, "Escort in Love" by M. Bruno, "Colpi di fulmine" by N. Parenti, "Partly Cloudy with Sunny Spells" by M. Pontecorvo, "The Great Beauty" by P. Sorrentino, "Mi rifaccio vivo" by S. Rubini, and many other successful comedies. With "Natale col Boss", of which he is also co-screenwriter, he received in 2015 the Nino Manfredi Award at the Nastro d'Argento. "DNA - Decisamente Non Adatti", a film written, directed and starred with Greg, was released on platforms on April 30, 2020. Lillo is very active also in theater, and wrote and performed numerous comedies, including "Il Mistero dell'Assassino Misterioso", performed from 2007 to 2017 all over Italy and translated in Spain; in 2019 he was the protagonist of the musical "School of Rock", written by Andrew Lloyd Webber, with which he received the XLVI International Flaiano Award of Theatre. Since 2003 he has been on air on RaiRadio2 with "610 - Seiunozero", of which he is the author together with Greg. In 2004, he received the XXXI International Flaiano Award for Radio, and the Satire Award.

Love Is in the Air