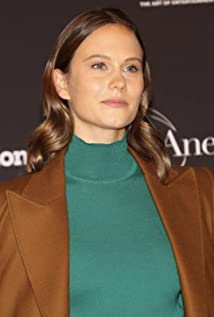 Paola Calliari was born in Trento, Italy, to a clerk and a school principal, who was a former priest.As a young child, Paola was a gymnast, however she soon changed her focus to theatre and dance. Encouraged by her father, she traveled the world, where she learned many languages: Paola is fluent in Italian and English, and speaks excellent French and German. She also learned Hebrew while studying Dance at the Hebrew University in Jerusalem.After graduating with an Acting degree in Rome, Paola apprenticed with the Navdhara Dance Theater Company in India. She has also danced for the Soulskin Dance Company, performed for Jan Lauwers (Venice Theatre Biennale), for Emanuel Gat in a showcase at NOD (Turin), and for Robert Wilson at the Watermill Center (NY).In 2017, Paola received the Kineo Diamanti al cinema Award for Young Talent at the Venice Film Festival.In 2019, she won Best Supporting Actress for the feature film Imperfect Age at the Kadoma International Film Festival in Japan.Paola is a certified Gyrokinesis and Gyrotonic instructor. She loves hiking in nature, and is currently based in Los Angeles.www.paolacalliari.com

The Complexity of Happiness