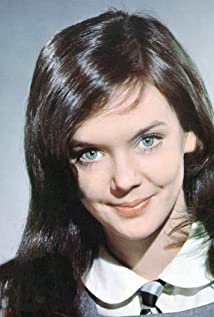 British actress Pamela Franklin has worked with many notable actors and directors throughout her career. A somewhat underrated actress, she had a wide range of emotions that she brought to her many versatile characters. Franklin was born in Yokohama, Japan, and her father was an importer/exporter. She initially studied dance at the Elmhurst School of Ballet in England (now the Elmhurst School for Dance). She made her film debut at age 11 as "Flora" in The Innocents (1961) alongside Deborah Kerr and a year later appeared as "Tina" in The Lion (1962) with William Holden and Trevor Howard. She has worked with many directors including Ronald Neame, Jack Clayton, and John Huston. Franklin is most remembered for her performance as the rebellious "Sandy" in the The Prime of Miss Jean Brodie (1969) which starred Maggie Smith and also as the hapless kidnap victim in The Night of the Following Day (1969) in which she appeared with Marlon Brando and Rita Moreno.Franklin later carved out a niche as a "scream queen" in a handful of 1970s horror features. She portrayed the psychic medium in The Legend of Hell House (1973) which also featured Roddy McDowall. For many years, Franklin made several guest appearances on hit TV shows. In the early 1970s, she married actor Harvey Jason whom she met on the set of Necromancy (1972) and had two children. Franklin retired from acting in the early 1980s.

The Food of the Gods

The Legend of Hell House