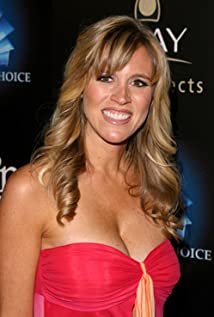 Paige Hemmis may be an unlikely vision on a construction site, however the statuesque beauty is an accomplished carpenter and skilled homebuilder. Paige is self-taught, with no formal carpentry training, and is rarely to be found without a tool of some kind in her purse. This dynamic and confident Wisconsin-born entrepreneur honed her skills as co-founder of "Rent-To-Own Investments". The private company renovates homes and develops rent-to-own solutions for tenants who cannot afford the steep down payment usually required to purchase.Paige grew up in Chatsworth, California, with aspirations ranging from teacher to doctor to world traveler to wedding planner to building her dream house. During college, Paige taught first aid and CPR to the University of California Santa Barbara student population, she became a licensed Emergency Medical Technician and pursued a medical internship in Virginia after graduating with her Theology and Psychology degrees from UCSB. Realizing the medical profession was not for her, she accepted an International Sales Manager position for Iwerks Entertainment and moved to Hong Kong.Imbued with an entrepreneurial spirit, Paige pursued substitute teaching while developing contacts in the wedding industry. She launched "Simply Elegant Weddings" in 2001 and the natural progression of helping couples led to helping families secure their first homes. Without deep pockets, Paige used her tenacity and resourcefulness to learn all aspects of construction including drywall, cabinetry, electrical, and plumbing. She auditioned for Monster House (2003) to win tools so she could fix more homes. She appeared on its Christmas episode and was discovered by the producers of Extreme Makeover: Home Edition (2003).Paige considers her role on "Extreme Makeover: Home Edition" a blessing and feels extremely fortunate to make her living helping others. In between extreme makeovers, Paige volunteers her time to Keep America Beautiful's 'Great American Cleanup' and Habitat For Humanity. In 2006 Paige is launching Tuff Chixä - a line of books, tools, work wear, and accessories for women who believe in being strong, capable, and feminine. Among the first Tuff Chix items available at www.tuffchix.com will be her famous pink toolbelt. She is currently writing her first book called "The Tuff Chix Guide to Easy Home Improvement" which will be released in December 2006.Paige rarely slows down even when she has time off. These days Paige spends most her free time on the race track. Her father was a drag racer and ever since participating in the Toyota Pro Celebrity Race in 2005, Paige has been pursuing her next career move - as a race car driver. When she is not building homes or racing cars, she enjoys dining out, hiking, rock climbing, and curling up with a good mystery book.

Who Wants to Be a Millionaire